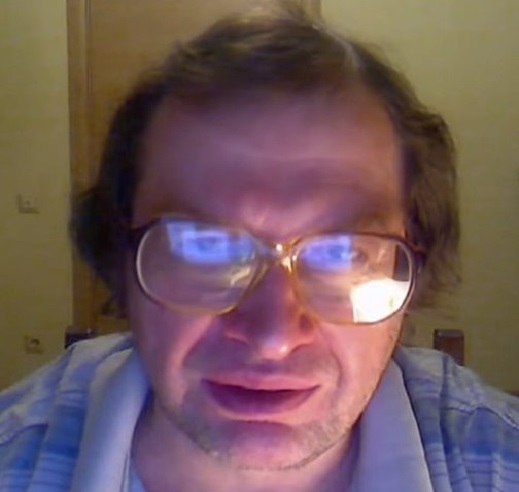 One of the symbols of Russia of the nineties of the last century, a swindler and an adventurer, Sergei Mavrodi, thanks to its extraordinary charisma and flair, have been transformed from an ordinary graduate of the Department “Applied mathematics” MIEM commercial tycoon, deceived investors in 107 countries.

the Largest of his creation of a famous financial pyramid “MMM”, from the illegal actions which in just six months, suffered up to 15 million Russians. In 2003, for the offence of tax evasion, abuse of trust of investors and fraud on a large scale through the activities of “MMM” Mavrodi was taken into custody and over the 4 years and 5 months was under investigation. Ultimately, the court sentenced Sergei Panteleevich to 4.5 years of imprisonment in a General regime colony, but since almost all of his sentence of punishment he spent in jail, a month later he was released.

Once outside, Mavrodi decided to share with the audience their experience of prison everyday life and posted on the Internet their diaries. Of these five-minute messages to and from the interview Mavrodi becomes obvious that 4 years, while the investigation was conducted, he was in a special block 99/1 on the territory of the SIZO “Matrosskaya Tishina”, which is a prison in prison. In just 100 man Federal special facility with 20 cameras, which is ironically called the “Factory of stars”, provides criminal leaders, millionaires and defendants in high-profile criminal cases.

In his book “the Hole report from hell. From specsize 99/1” Mavrodi said that he had a chance to sit with as many as five thieves, who treated him very kindly and admired the enormity of his acts.

According to Sergei, they had to him the slightest claim moreover one of them in the paddy wagon publicly uttered the phrase: “Mavrodi is the man!”. The other left on his book inscription: “to My friend!”. The third admitted that he was extremely interesting to sit with Mavrodi, and the fourth when the breakup was allowed in that case to mention his name, with the addition, “any trouble, and I delivered, he would take his.”

By his own admission, Mavrodi in prison had a low status “Commerce” — the prisoner, who “milked”. This name is assigned to the group of persons who went to prison for crimes related to entrepreneurial activity. In the ordinary prison guards and inmates is often called “Commerce” “bread with butter”, “dairy cows” or “sweet”, by blackmail and extort money from them for various needs. Extortion can be an administrative workers, who for a fee provide a “to Commerce” more comfortable life behind bars. However, in the special block, which contained Mavrodi, his finances weren’t needed, and the suit is “Commerce” went solely because of the article.

In one of the video message Mavrodi told about what happened to him in prison incident, when he unknowingly almost acquired the status of “the Carter” — the prisoner who, after failing to find a common language with its neighbors, asks for help to the administration and asked to transfer him to another cell. “Dray” are weak-willed people and do not enjoy the respect from the other prisoners. Satisfying the request of “the weak”, the prison workers often placed him in a special “dray cottage”, where guests like him.

Mavrodi almost got into their caste because of the dislike of TV. While in the chamber with three young prisoners, he was forced all day to watch the hated Muz-TV, and in the evenings, instead of working like he used to in the wild, he had to conduct intimate conversations with the inmates.

tired of such a rhythm, Sergei suggested that they exit in the morning he will be asked to transfer him to another cell. However, due to the lack of experience he repeatedly asked them whether this is normal practice and not whether it will effect a negative impact. For some unknown reason, but the neighbors did not inform him that it is fraught with translation in the caste of “scrap”. According to Sergei, said they to him about it not because of evil intent, but from the banal ignorance of the prison rules. But intuition kept Mavrodi from this step and saved from a terrible mistake.

In General, is not traumatic, highly intelligent chess game can end for Mavrodi very badly. Who owned them at the level of a strong Amateur, but not very fond of playing them Sergey Panteleevich once confessed to sitting with him a prisoner, accused of murder-for-hire that knows the basics of moving the pieces around the Board.

immediately after receiving an offer to play a game, Mavrodi very quickly won her very angry cellmate, who ran to the other corner “cottage”, began to warm up, all kind of showing that now would be a massacre. According to Sergey, from the beating he was saved sitting with them the thief in the law that resolved the conflict with his undeniable word.

Another incident described in the book, happened to Mavrodi one particularly dangerous, “prone to” the killers who decided to test his courage. Somehow, cutting something issued for a short period of time with the scissors, Sergei playfully swung them into the hands of the inmate who tried to take something from the table. However, this harmless prank turned into a real hassle: rebellious killer began to insist that Mavrodi brought the case to the end, and since dare to threaten, then let then stick a scissors into the brush. Entreaties of “Commerce” to settle the conflict amicably, had no effect — the neighbor was just accused him that he did not have enough spirit to hit a living person, and provocative held out his hand.

Realizing that the inmate will not lag behind, Mavrodi of Britianul his brush and ran the blade of the scissors on the outer side of the palm, leaving a rather deep wound. After that, the killer called him a maniac.

Auto.ru note I’m in the theater was not going to dissolve opel astra pity defended the Brest fortress So that you do not hang noodles