Home Breaking SK filed a case of negligence after suicide of the former head... 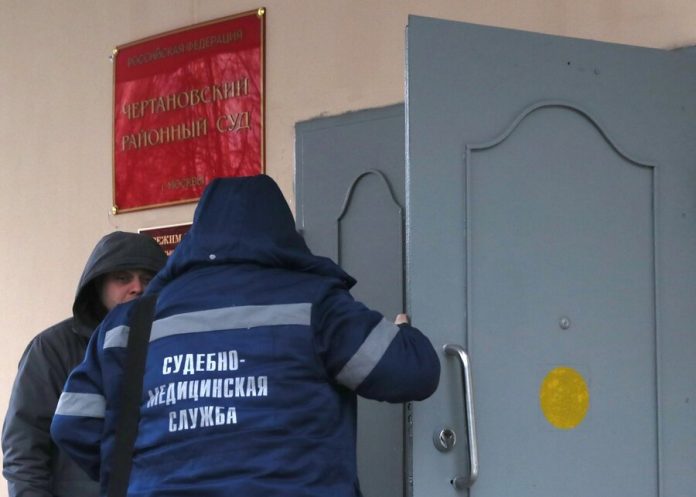 After the suicide of the former head of the transport Department of the Federal penitentiary service, Victor Sviridov SK brought criminal case about negligence. The suicide occurred in room Chertanovskaya court in the capital, according to the website of the Investigative Committee.

“the Investigators will give a legal assessment to actions of employees of the bailiff service and officials responsible for organization of access control and internal regime. It will also check the work installed at the entrance to the courthouse metal detectors”, – stated in the message.

it is Noted that currently on the scene working investigators.

Sviridov had to take into custody in the courtroom. Press Secretary of the Moscow city court Ulyana Solopova said that he has appointed punishment below the lowest limit. It’s three years in a penal colony, while the article on extortion provides from 7 to 15 years of imprisonment.

According to the media, he was accused of extorting 10 million rubles from the former Deputy Director of the Federal penitentiary service Alexander Sapozhnikov. The lawyer of the defendant Alexander Kotelnitsky reported that Sviridov had cancer in the fourth stage, the court during the trial have included all the information about his disease.

the Defense relied on the exemption from punishment in connection with illness. According to the lawyer, after the judge read the verdict, his client walked away, then dropped to the bench.