Home Breaking Sweden for a trial in pregnant women following the death of six... 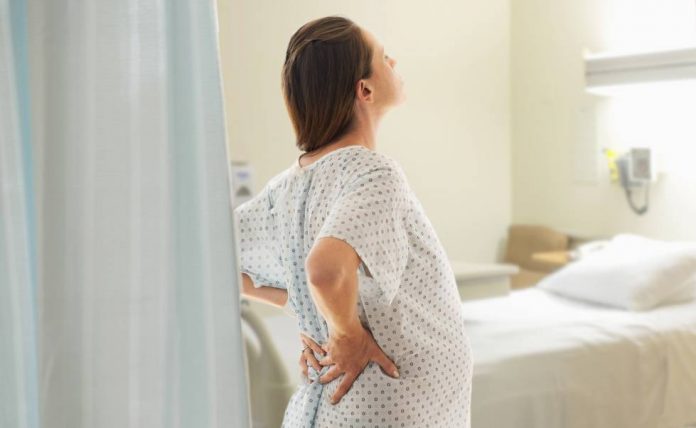 A group of researchers from sweden have been canceled a scientific study with pregnant women following the death of six infants. The research, with women who exceeded the threshold of 40 weeks of gestation, compared to induction at week 42 of the pregnancy or not to intervene until the week 43. Five fetal deaths, and another of a baby shortly after birth was forced last year to stop the study because it was “not ethical” to continue, but researchers have not yet made public the results of the test. Gynecologists Spanish respondents conclude that the results of this study support what is already being done in the day-to-day in Spain: from week 41, doctors recommend to pregnant women to induce labor to avoid the risks of mortality and complications in both the fetus and the mother.

The death of a baby, it reopens the debate on the home birth Of surviving childbirth live

The pregnancy lasts 280 days from the first day of the last menstrual period. That is to say, 10 lunar months (40 weeks). According to the World Health Organization (WHO), the pregnancy is considered to be within the term up to week 42, but as you exceed 41 weeks, exponentially increases the risk to the fetus. “One of the problems that we have is until when we have to maintain a policy of expectant management with the pregnant woman. From week 41, one out of every 1,000 fetuses died in the uterus. In week 43, are 2,12 from each 1,000,” warns Juan Luis Delgado, coordinator of the Section of Perinatal Medicine of the Spanish Society of Gynecology and Obstetrics. But there’s a common guideline among countries: Spain recommends to induce labor at week 41, but the Netherlands and Sweden, for example, they do so in the 42. In fact, the swedes have the highest percentage of deliveries after 42 weeks (7%).

The data of the Swedish study SWEPIS still not been made public, but the doctoral thesis of one of the researchers, Anna Wessberg, already advances some conclusions. “The results showed no perinatal mortality in the group of early induction in comparison with six perinatal deaths in the expectant management. In conclusion, it is advantageous to induce at 41 weeks of gestation, in comparison with the induction at 42 weeks of gestation, without increasing the risk of cesarean section or vaginal delivery instrumental,” says Wessberg.

The protocol of the study, published in 2016, when it is launched, expected to recruit 10.038 women and split them into two groups: if did not give birth spontaneously before, one of the groups, we would induce labor at the end of the week 41, and the other, at the end of week 42. As he advanced to The Guardian, when she stood in the study, in October 2018, the trial had only included a quarter of women planned. THE COUNTRY has tried without success to contact the researchers of the University of Gothenburg and with the hospital Sahlgrenska, who coordinated the study. “The researchers will discuss the results as they are issued”, he simply said a spokeswoman for the hospital.

For the gynecologists Spanish, this study will not change clinical practice in Spain, but it does give arguments to physicians to discourage mothers reluctant to the intervention of the labor when they exceed 41 weeks. “This study tries to define the goodness to induce or wait. Induce also has a cost, and increases the rate of cesarean section. I think that the study is relevant. To us it confirms that our philosophy is right”, values, Elena Carreras, head of Gynecology and Obstetrics of the Vall d’hebron hospital of Barcelona.

all in all, insist the doctors, the pregnant woman sent you. “There is sufficient evidence that lead to the childbirth from week 41 raises the benefit and does not increase the risks. But if the woman does not want to, there is that respect. Although we’re going to increase the controls every 48 hours,” points out Lola Gomez, head of Obstetrics and Gynecology, the pediatric hospital Sant Joan de Déu of Barcelona. According to Delgado, to induce labor, during the week 41 reduces a 69% mortality of the fetus with respect to maintaining an expectant attitude. And also downgrade to a 28% risk of macrosomia (that the fetus is very large in childbirth).

The relevance of the essay in Swedish it also opens up another melon on the more or less medical intervention in pregnancy and childbirth. “We live very pressured by the fears of the pregnant woman. On the one hand, they want to finish as soon as possible to have the baby soon and, on the other, those who do not want to intervene. It is a situation of the pendulum and we must find the balance”, values Thin. Induction increases risk of c-sections, a practice that the scientific community wants to reduce. But beyond 41 weeks, the placenta is unable to maintain the growth of the baby. “In the north of Europe there is a current of non-intervention. In the Netherlands, Belgium, Denmark or England, only two ultrasounds during the pregnancy. We do three because there is evidence that ultrasound in the 36th week allows you to detect if the baby stops growing,” continues Delgado.

For her part, Elena Rodriguez, spokesman of the association, The Labor is Ours, insists that “the mother is the one who has to weigh the risks”. In any case, he admits, “now there are more women that want a different type of care and a medical team more expectant”. “There is a pressure of the health teams to induce labor closer to week 41 of the 42. And they are five days of margin that we have. We are light years ahead of the nordic countries. Here we are very interventionist,” he adds.

“a Lack of transparency in the results of clinical trials”

Itziar de Lecuona (Barcelona, 1976) is doctor in Law and deputy director of the Observatory of Bioethics and Law from the University of Barcelona.

Question. When it is to a scientific study for ethical reasons?

Response. The death of a person is one of the reasons. Or you may have discovered a drug which cures that which you are researching. There are many cases.

Q. What of the deaths usually occur?

A. That has deaths in a study is not common. It measures everything for that not to happen.

Q. What are the limits of bioethics, to start a scientific study?

A. The fundamental question is the ratio of risk and benefit: the charity and not backbiting. That there is proportionality, which measures the risk-benefit and that there is a principle of justice. The guarantees are that the methodological, ethical, and legally comply with certain characteristics. The clinical trial is ultrarregulado and the ethics committees that have to approve it are the ones who check that you meet all.

Q. do you publish always the conclusions?

A. The results have to be published. The negative and the positive. The promoter has to be reported to the relevant authority and have to check them for safety and traceability.

A. This is not true in all cases. Are published many positive results and never negative. Lack a lot of transparency and accountability in the results of the tests.

Q. how social pressure can influence a decision or an evolution of an essay?

A. There is social pressure, but so is the scientific integrity of the professional. We must find a balance. On the one hand, are the expectations on health that the society has and on the other hand, the scientific method.