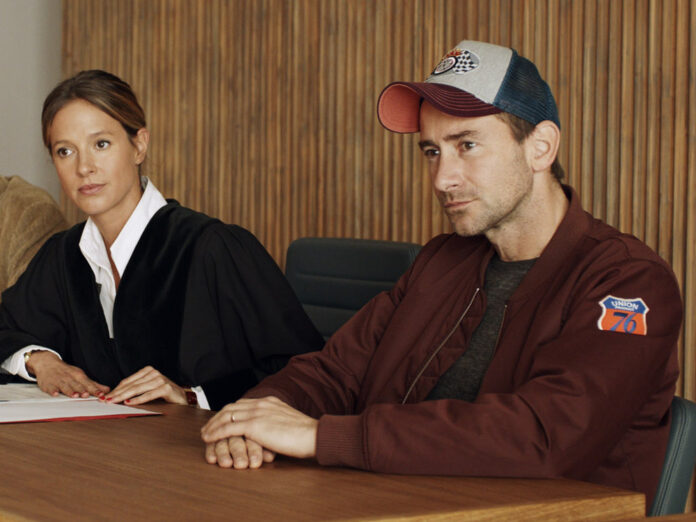 Interview with the actress

“Tatort” fans know the German actress Lisa Bitter (born 1984) as Johanna Stern. The LKA analyst is part of the Ludwigshafen team of Ulrike Folkerts (59) aka Lena Odenthal. She changes sides in the new German Amazon series “Der Beischläfer”. In her role as professional judge Dr. Julia Kellermann is now judging the TV star. In an interview with the news agency spot on news, Lisa Bitter reveals what she “bit her teeth on” while preparing, whether she dreams of Hollywood and what role she would like to play.

Lisa Bitter: I was very happy to be invited to the casting. It was very welcome to me! I think it’s great when the job allows you to find yourself in different genres. I went to the casting and then it worked.

Bitter: I like it very much as an actress to familiarize myself with job profiles, to learn a new “expert language”, in this case official German. I already bit my teeth on the paragraphs and legal texts in preparation, but I find it so interesting in itself. I love profession in the broadest sense and a judge also has the “professional disguise”, the robe – in my opinion, these are the most exciting professions that go hand in hand with a “costume” – judges, police officers, doctors.

Bitter: At the “crime scene” we have, bottom line, a little more time, even though the production conditions change there too. Our shoot for “The Beischläfer” was very sporty and very tight.

Bitter: I would certainly not say no, it would be an exciting experience. Basically, however, I try to choose my roles according to content and not pay too much attention to the “label”.

Bitter: I don’t really have a specific role in mind, but I’d like to play an action hero.

Bitter: I love to watch series, I just love the way of telling stories – above all the opportunity to tell complex and ambivalent characters. I was a big fan of “Saga Norén” from “The Bridge”. My absolute favorite series is “Fargo”, everything is just right for me, from the players to the director, camera and music, a pleasure! At the moment I’m watching “Fauda” on Netflix, an Israeli series about the conflict between Israel and Palestine, I can only recommend.

Bitter: I do a lot of sport regularly, unfortunately not as a club anymore – that doesn’t go well with my everyday shooting routine. I have a racing bike, I go jogging, swimming a lot, I take riding lessons and I am a member of the Alpine Club and therefore I travel a lot in the mountains.

The focus of “The Beischläfer” is the Bavarian comedian Markus Stoll (40), better known as Harry G. He plays the car mechanic Charlie Menzinger, who is called to the lay judge. Since his wife’s accidental death, Charlie no longer believes in justice. His father-in-law Paul Seidl (Helmfried von Lüttichau) talks into his conscience that he should take the task seriously.

At the court he meets the law-abiding and strictly acting professional judge Dr. Julia Kellermann (Lisa Bitter). She was transferred from Berlin to Munich and is still struggling with getting used to it. The judge doesn’t think much of Charlie’s special sense of justice. But that spurs him on to make judgments that correspond to his legal perception and give him and his buddy Xaver Holzapfel (Daniel Christensen) advantages.

The six episodes of “Der Beischläfer” will be available exclusively on Amazon Prime Video from May 29th.