Home Breaking Than a nuclear rocket in the mine is different from a nuclear... 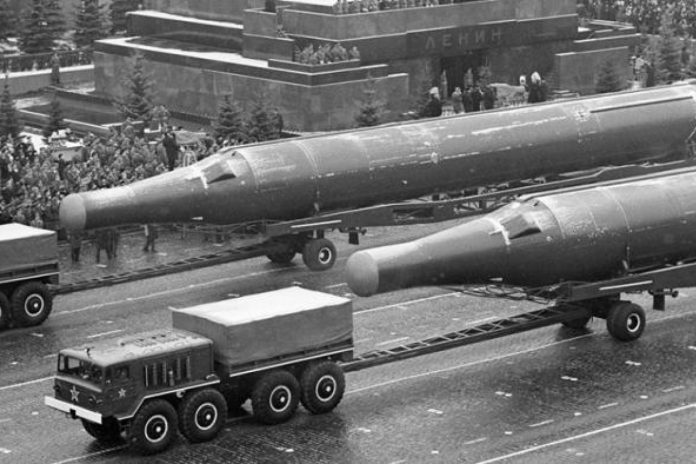 mine and Underwater nuclear missiles… Both are guaranteed projectile destruction and perdition. He and the other can fire at distances of hundreds and even thousands of kilometers. The principle of operation of carrier rockets sometimes identical. It seems that between them there is no difference. But it’s not. The way home is key for missiles with “nuclear stuffing”.

Nuclear rocket in the mine

prior To 1960-ies of missiles, including nuclear warheads, are placed on open launch complexes – and even not masked. With time came the understanding that this could be a tragic mistake. First missiles were “buried” to a depth of 30 meters, and then things got even more serious. For example, in the 1970-ies in the United States considered the possibility of placing missiles “Volcano” to a depth of from 300 to 900 meters. However, this option was unprofitable – because of the big-time punching of the barrel.

In our days, mine installation is located at a depth of 50 to 100 meters under the earth in the drilled solid ground. They are as reliable as it is possible in principle. According to doctor of technical Sciences, a veteran of the strategic missile forces of Peter Belov, glass houses fly at a pressure of 0.05 atmospheres, the buildings are crumbling – at 0.2 atmospheres, and for the destruction of nuclear mines need up to 100 atmospheres. Simply put, the system unbreakable by any currently available means of destruction.

In today’s starting guns for ballistic missiles UR-100 also provides for a hinge system for quick opening, which gave additional protection. Missiles were placed in heavy transport-launch containers, and immediately before the start hinged “lid” weighing more than 100 tons, then the shell began to move towards the goal.

the advantages of the silos with heavy ballistic missiles in them is obvious. Therefore, the domestic press calls it their “main impact argument” Russian strategic missile forces. However, even on the “main argument” you can put forward a counterargument.

Nuclear mines, being resistant to various external influences – are extremely vulnerable to even a few saboteurs. Penetrated into the appropriate top secret terrorist group armed with rocket-propelled grenades, will easily be able to destroy the entire complex from the inside. You can also lay a mine in the mine in the course of the movement of missiles with nuclear medium and then high probability of Armageddon on our own territory.

it is Clear that for spies such attack will result in a short walk. A securable object is surrounded by a high-voltage security mesh P-100. But the problem is that the current is fed from the guard or attendant of the premises, which is easy to capture and “clean up” – in case of awareness about where it is located.

the locations of all the silos are now fully known to all potential adversaries. This means that there is a risk of terrorist operations – from large-scale catastrophic consequences to us.

After the conclusion of the Contract on reduction of strategic offensive arms (start) on the territory of our country were eliminated hundreds of silos with heavy missiles. Now we are armed with about 50 missiles “Voivod” and dozens of UR-100. In recent years, Russia relies on groundwater systems – pgrk “YARS”. It is a mobile, concealed, and reliable system characterized by high permeability. Dynamics, in General, is understandable, but the mines still continue to be relevant.

In the media periodically appears information that the U.S. Navy “to deter Russia” placed ballistic missiles, submarine-based small and medium power. We have in the hypothetical case of aggression definitely have something to say.

the Idea of using nuclear submarine facilities offered more academician Igor Kurchatov in 1949, but it was first implemented in America in 1952 – in the form of the submarine “Nautilus”. However, the Soviet Union without thinking in 1958, said the vessel “K-3”.

the American edition of “The National Interest” in 2019 made a loud statement: “Submarines “Northwind” is able to make America a desert”. Each of the 16 missiles R-30 “Bulava”, located on the “Boreas”, carries six nuclear warheads capacity of 150 kilotons, which are separated and destroy individual targets. Plus, Russian submarine ship become silent, which complicates the work against them.

that Sounds quite threatening. However, despite the case of titanium alloy, damage or destroy a submarine immeasurably easier than mine installation.

there is No such. That mine that submarine missiles with atomic warheads – their strengths and weaknesses. A key role is played not by the carrier itself, and the specifics of the location of the launcher.

Russia is in no hurry to radically abandon the silos, even though they stationarity: because they are perfectly reliable in case of an enemy missile and bomb attack. On the other hand, submarines – Yes, much more vulnerable from the outside, but have great maneuverability. In addition, the terrorist attacks on the nuclear submarines are much less likely than in the mines.

In the field of rocket-nuclear potential like nothing else is important and beneficial diversity. The more options potential applications, the better for the defense of the state and nepovadno aggressorm to snap at us.

Recommended statesalaska… Share: Comments Comments on the article “The nuclear missile in the mine is different from a nuclear missile on a submarine” Please log in to leave a comment! br>
Share on Tumblr