Home Breaking The Consul General spoke about the condition of the victims at state... 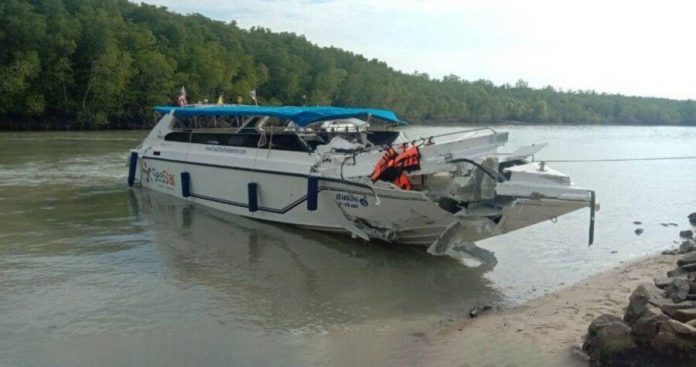 the Majority of Russians, victims of the collision of two boats on the island of Phuket in Thailand, was already discharged from hospitals. About it reports RIA Novosti, citing the Consul General Vladimir Sosnova.

the Tragedy occurred on Monday, February 10. Two speed boats collided in the channel between the two main harbour of Phuket Bay on the Eastern side of the island. In the accident died two children.

“by boat, carrying Russian tourists, was 36 Russians and three crew members, the citizens of Thailand. The collision killed two Russian children: the collision was almost a head-and the children were on the bow of the boat. Another 20 Russians who were in the boat cabin, have got traumas of various severity, they were provided medical aid”, – said the diplomat.

Another man is under medical observation after an operation for sewing the wound on his head.

the incident was initiated to verify the Investigative Committee of the Russian Federation. The investigators find out the circumstances of the accident.