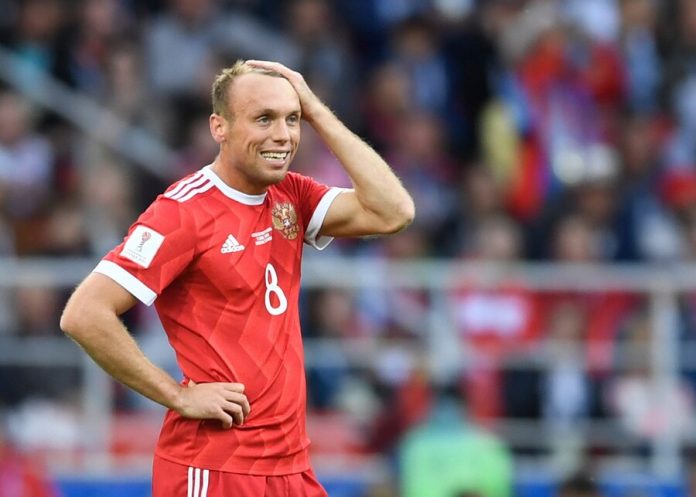 the Nikulinskiy district court of Moscow dismissed the halfback of football club “Ahmad” Denis Glushakov’s claim to his ex-wife Daria. About it reports Agency “Moscow”.

the Athlete filed a statement of claim in November 2019. Glushakov was hoping to get from his wife more than 200 million rubles for losses from the divorce process, spreading rumors and as a compensation for moral damage.

“the Claim is denied in full. The claim was that Dennis allegedly suffered in a divorce, he had to leave the team to suffer losses during a divorce,” said lawyer Sergei Zhorin, representing the interests of Darya Glushkova.

the Divorce proceedings between the couple began in 2019. The wife accused the player of cheating, later in the Internet appeared the record on which Glushakov allegedly threatened his wife. The marriage between them was terminated in February 2019. Amid the scandal, the athlete has left Moscow “Spartak”.

Previously, the Moscow city court has obliged the player to “Ahmad” to pay his ex-wife another 32 million rubles. The payment provides a conclusion concerning the division of joint marital property.