Home Politics The defense Ministry denied plans to move the Victory parade due to... 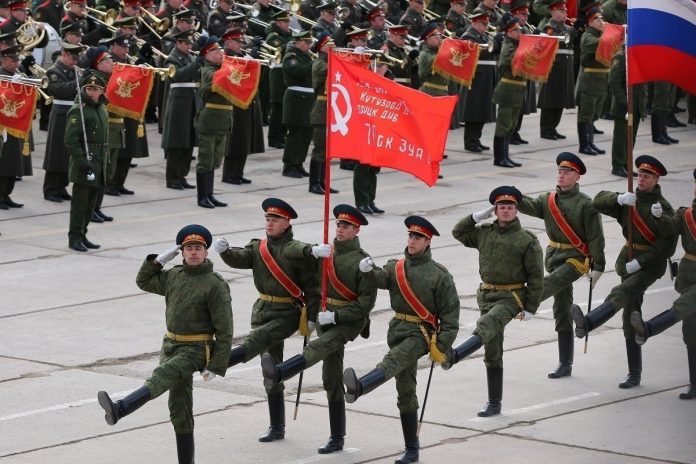 No decisions about changing the date and format of parade of Victory not yet seen, says the official representative of the Ministry of defense of Russia Igor Konashenkov.

According to him, the 1st of April was held another ceremonial practice, the website KP.RU. With all of the parade participants carried out an “unprecedented measures of prevention” to avoid diseases of the personnel.

To do this, each participant in the parade three times a day measured temperature. Konashenkov also said that people are “eager to participate in this historic event.” To do this, they train “hard”.

Before RBC announced that the Kremlin and the Ministry of defense is allegedly looking for alternative options of conducting a Victory parade in a pandemic coronavirus infection. In particular, discuss the variants of holding a parade without spectators and moving the celebrations to a later date.