Home Breaking The Judiciary suspended two months to the judge of the tarot by... 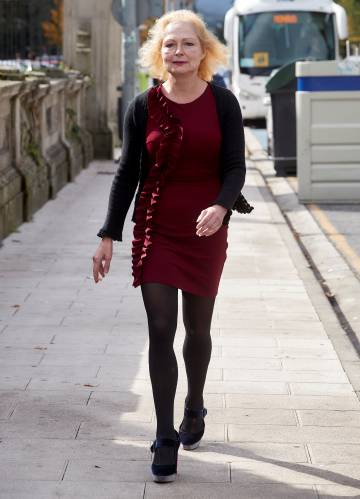 The general Council of the Judiciary has suspended for two months the judge María Jesús García Pérez, who was investigated for allegedly advertised as a tarot reader. The sanction is derived not from the supposed parallel activity, but grant at least three pardons when he was a judge of Surveillance Penitenciaria de Lugo. The disciplinary authority of the Council opened proceedings informative, as it advanced this newspaper, after having knowledge that the judge had granted to prisoners of the prison of Monterroso pardons partials, an exclusive competence of the Government through the Council of Ministers. After verifying the facts, the disciplinary committee of the Council has agreed on Thursday to impose on the judge a penalty of two months suspension for a very serious offense.

The CGPJ considers that the action of the judge Garcia fits with the conduct sanctioned in the article 417.14 of the Organic Law of the Judicial Power, which punishes “the ignorance is inexcusable in the performance of judicial duties”. The magistrate was reserved in the Court of enforcement of sentences number 3 of Lugo between November 2016 and June 2019. During that time, the judge issued at least three orders in which it granted pardons partial to so many other inmates, despite being an exclusive prerogative of the Government through its Council of Ministers. The public Prosecutor appealed against these decisions and the Provincial court has already cancelled at least one of them.

this is Not the first time that the judge is facing an investigation by the CGPJ: Garcia has already been investigated by the CGPJ on previous occasions. The last, by, supposedly, to throw the tarot and charge for it. The Promoter of the Disciplinary Action of the Council was then proposed sanction of six months suspension from functions for a very serious misdemeanour, consisting in the carrying out of activities incompatible with the judicial office. In their submissions to the Council, the judge explained that the query was carrying his assistant, although he admitted that she is fond of the tarot, had taken over on occasion.

Garcia escaped punishment last October because the disciplinary commission considered unlawful, the trial based on the report: a recording with a hidden camera carried out by a means of communication at the residence of the magistrate. The file is then closed and, a few months later, the judge called for the transfer to a court of domestic Violence of A Coruña. Got it and, a few weeks ago, his new city was filled with posters like those that last year were disseminated in Lugo.