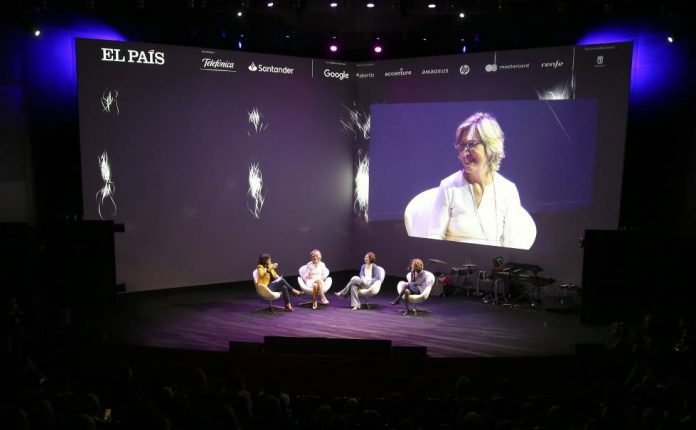 experts of the digital transformation assume that the technological change has already occurred and has been logged was posdigital. Now, the battlefield is the differentiation among competitors from finding unique solutions. Around this idea celebrates the event Retina LTD, morning in the auditorium of the Reina Sofia Museum of Madrid, between 9.30 and 18.00. Organized by THE COUNTRY, and promoted by Santander and Telefónica, the event brings together representatives of the business sector and academic, to illustrate the guidelines to be followed in this new stage posdigital.

it Is expected that more than 1,200 people pass through the forum, which will feature speakers such as Teresa Ribera, minister for the Ecological Transition in functions; Omar Hatamleh, executive director of Infinity Institute, and former director of Innovation Engineering of the Johnson Space Center of NASA; Katherine Hamilton, president of the consulting firm 38 North Solutions and co-chair of the Global Future Council on Advanced Energy Technology of the World Economic Forum; María Jesús Almazor, ceo of Telefónica Spain, and Antonio Cortina, deputy director of the research department Corporate Santander Group.

Carl Benedikt Frey, co-director of the Technology program, and Employment of the Oxford Martin School, belonging to the University of Oxford, also will contribute their points of view. “The technology has always been an ally for the working people. Just think of the pictures of the coal mines and the English of the NINETEENTH century, and in the offices, adequate air conditioning of the XXI”, defends Frey. In his opinion, “in the technological progress there is nothing inevitable; it is a challenge, especially for young people. The workers of the England of the NINETEENTH century also saw short-term benefits of the industrial Revolution”.

Leaders of great companies around the world will open up the day to share their experiences, explaining cases of success and also where they are investing their research efforts. Speakers such as Manel del Castillo, managing director of the Hospital Sant Joan de Deu de Barcelona, and Miguel Vicente, president and co-founder of Antai Venture Builder and president of Barcelona’s Tech City, will expose the strategies that continue to continue to innovate.

in Addition, in this new context there are great trends that require explanation and examination. Sustainability is imposed in all of them, not only from the economic point of view, but also social, personal and environmental. On these issues will attempt to shed light to the philosopher specializing in the relationship between technology and people Eric Sadín; the exjefa of cabinet of the Secretary General of the UN, Susana Malcorra; the economist José Carlos Díez, the president of Renfe Operadora, Isaiah Táboas; the chairman of Enagás, Antonio Llardén; the co-founder and executive president of Holaluz, Carlota Pi; the president of OMEL, Carmen Becerril, and the Design director of Fjord, Nacho Martín.

check here for the schedule event