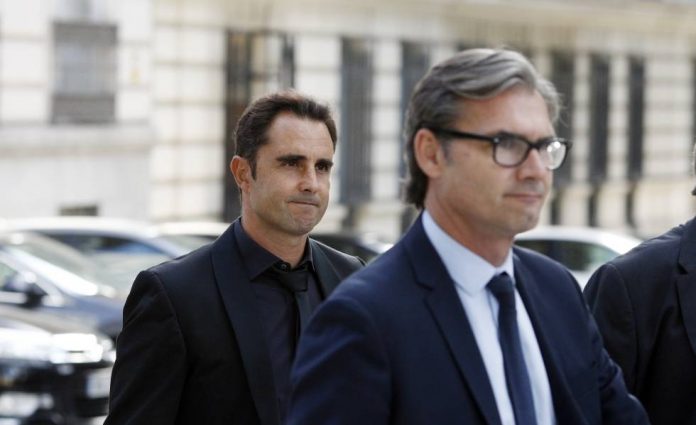 The Valencian Agency anti-Fraud has added this Monday to the computer engineer Hervé Falciani and the exmagistrado Baltasar Garzón to his new council of citizen participation, an advisory body whose mission is to develop reports, proposals and assess the functioning of the office dependent of the Parliament of valencia that directs Joan Llinares.

The first commission of the advisory council is to develop two reports, one on the best strategies to protect persons who report cases of corruption and the other on fraud prevention, and public ethics. The conclusions will be presented in the council on the participation of the Valencian Agency anti-Fraud and will be referred to the European Network of Agencies in the Fight against Fraud and Corruption.

The participation council, whose plenary will meet at least two times a year, is made up of 16 members, 12 of them in representation of civic organizations that work against corruption and for transparency in public business and good government. Four others have been appointed individually and selected from among experts who have gained a reputation in the field.

The complete list of members representing entities are formed by: Jesus Sanchez Lambás, secretary of Transparency International Spain; Miguel Falomir, vice-president of the Valencian Association of Consumers and Users; Antonia Ferrer, vice president of Tactical Whistleblower; Ana María Fuertes, director-general of Justice Foundation; Juan Carlos Galindo Gómez, executive president of the Spanish Association Obligated in the Prevention of Laundering operations; Rafael Luis Garcia Meseguer, of Alertadores Against Corruption —Whistle Blower—; Peter Matjašič, of the Open Society Initative for Europe; Laia Mauri Folgado, the Observatori Ciutadá against the Corrupció; Antonio Penadés Chusp, president of Civic Action against Corruption; Azahara Peralta, a member of the Platform for the Honesty; José Ribera, the Platform Citizen Castelló per la Justícia i Against the Corrupció, and Garzón, who presides over the foundation that bears his name and directed from the National Audience research such as the case Gürtel, until he was disbarred by the Supreme Court.

Next to them have been designated, individually, Falciani, which is made with 130,000 chips bank tax evaders while he was working in HSBC. Information that is shared later with the authorities of several countries, among them Spain, facilitating numerous operations against fraudsters. Falciani lives in Spain since 2012, and Switzerland has demanded his extradition on two occasions without success. He is also president of the association Tactical Whistleblower.

Next to him have been elected Vanesa Felip, president of the College of Secretaries, Auditors and Treasurers of the Local government of Valencia; Fernando Jiménez-Sánchez, associate professor of Political Science and public Administration from the University of Murcia, and Consuelo Vidal, president of the association Observatori Ciutadá against the Corrupció.