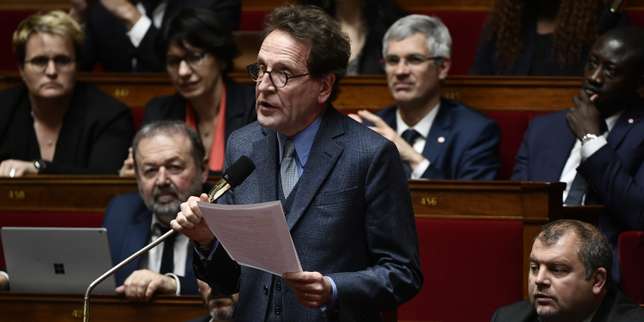 ” there are no individual victories. They are only defeats. “The words of Gilles, The Son-in-law, group chairman of the Republic in The market (RMLS) in the national Assembly, Tuesday 23 October. The weekly meeting of the group was the opportunity of a new reminder in these turbulent times for the majority. Since a few days, its executives are obliged to repeat in the media that there was “no slingers” within the group. Due to several episodes of the parliamentary life in the last week seen as warning signals.

The scene is played out in three acts. Tuesday, October 16, all eyes are turned to the reshuffle, but in the committee on social affairs and a handful of mps LRM taken by the elected representative of Vaucluse, Jean-François Césarini are adopted against the advice of the government, an amendment that would modulate the increase of the CSG to pensioners depending on their income. In the night, the member LRM Calvados, Christophe Blanchet, convinces a majority of such member to put in place a tax deduction for the owners, featuring complimentary accommodation for the homeless. The next day in the afternoon, Aurélien Stained to adopt a tax credit for people hosting refugees. Three times the government is in minority on the texts of the budget.

Gilles, The Son-in-law is angry, the executive also. The new president of the majority group is organising an emergency meeting of the group on Wednesday evening to 20 hours. Now was the time for remonstrances. In the corridors, the deputies do not hide their concern. “This is not required,” says one. “It is the cata,” said another. A few days later, Gilles, The Son-in-law, and ministers are obliged to be cleared in the media. The “tax credit refugee “” will not be included in the finance bill when it will be approved definitively “,…