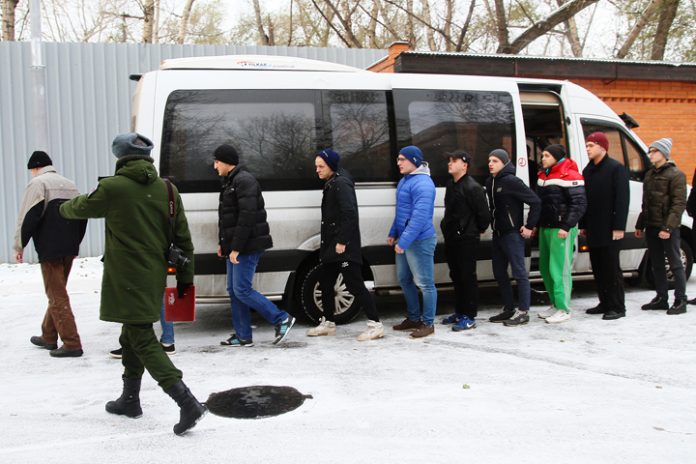 Earlier in the defense Ministry reported that the usual drafting practice in a pandemic will be slightly adjusted. In particular, the military-medical Commission will strengthen specialists, medical equipment that will allow testing for the coronavirus every single inductee.

According to defense Minister Sergei Shoigu, military units will be sent to only those young people whose diagnosis will confirm to be negative for the coronavirus.

And yet strict quarantine measures that have been adopted in Moscow, the Moscow region and some regions of the country because of the threat of coronavirus, could not affect the work of the recruiting station. “MK” talked with young people of military age and their parents.

-I have received a summons from the recruiting office – said Ilya Novoselov from the suburbs. It was written that I must appear at the recruiting station on 2 April. I am already kind of gathered, but now got the message that the date of arrival in the military Commissariat will soon be updated.

the Mother of another conscript Moscow told about the same. However, she worried that her son may be counted among the Dodgers have contacted the representatives of the draft Commission. And that’s what she said “MK”

-I was told that all plans for the call are met. In the army, who should still all be gone. But, perhaps, later. Within two weeks the commissioners to call, most likely, nobody will. There is, as I explained, now “to maintain combat capability” are only on-duty employees. The rest of the house quarantined. Said that those who have a current reprieve, to come also not necessary. If necessary, call for further data.

This information was also confirmed by sources “MK” in the Moscow military Prosecutor’s office. They reported that in Moscow at least until April 14 no mass sending of recruits in armies will not.

In other regions of the conscription commissions are likely to work depending on theosti taken from the local authorities of measures for the isolation of citizens. It all depends on the situation with coronavirus in each specific region.

Earlier, the “MK” wrote, what measures of prevention of coronavirus accepted in the army for the period of the recruitment campaign.