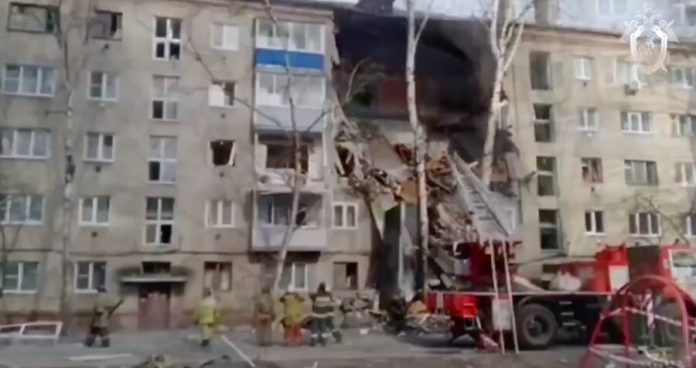 Five people were hospitalized as a result of a gas explosion in a residential building in Orekhovo-Zuyevo, reports the Agency “Moscow”.

All seven people injured, one of them died. Five people taken to hospitals and one person refused from hospitalization, reported in a press-service GU of EMERCOM of Russia in Moscow region.

Earlier it was reported that as a result of emergency one person died and three were injured.

a gas Explosion in a residential house in the suburbs occurred on Saturday, April 4. It is known that the explosion occurred on the third floor of a house in the town of Orekhovo-Zuyevo. Struck apartments from the fifth to the first floor. Damaged 10 apartments, 5 of them completely destroyed.

To the place of profit field services, is being tested. In total rescuers evacuated 200 people. According to preliminary data, explosion could happen because of a malfunction of the gas column located in one of the apartments.

SK checks. The investigation will consider all versions of explosion from gas leaks to careless handling of gas equipment.