Home Breaking The office of the Prosecutor of Valencia calls for anti-Corruption to assume... 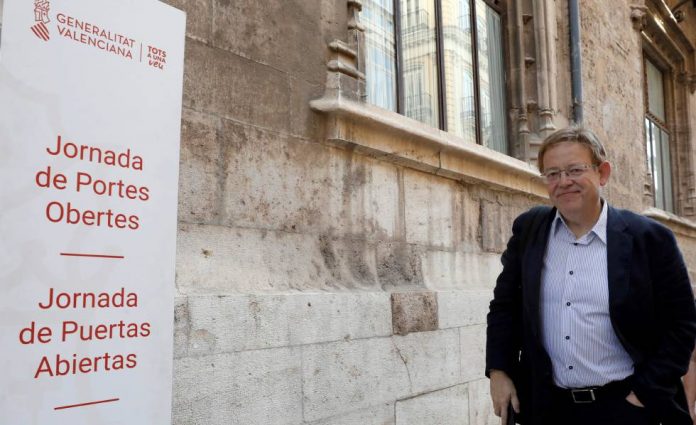 The Prosecutor’s office of Valencia wants you to research on the grants for the promotion of valencian in the amount of € 400,000 received by the companies of the brother of the president of the Generalitat, the socialist Ximo Puig, to be undertaken by the anti-Corruption Office, according to an announcement this Thursday in a press release.

“in view of the crimes alleged —malfeasance, fraud and embezzlement of subsidies— and to be among the respondent (s) a senior official of the Generalitat Valenciana —Ruben Trenzano, director general of Linguistic Policy—, it’s going to interest the State Attorney General’s office that the actions assume the delegation of Valencia of the anti-Corruption Office”, says the spokesman of the provincial public prosecutor’s office.

The brother of Puig and a high charge of the government, investigated for a complaint of PP Ximo Puig says that he is not responsible, nor does it participate in the granting of aid to the valencian

The magistrate Pedro Houses, holder of the Court of Instruction number 4 of Valencia, said Wednesday the complex causes that affect the entrepreneur of the sector of the means of communication, Francisco Puig, which means that it has been given a period of up to 18 months to investigate the complaint filed by the Popular Party. Francisco Puig has denied having committed any irregularities and have accused the popular of use “ity” of justice “solely political”.

the president of the Generalitat has also qualified the complaint of the PP of “manoeuvre pathetic” and has stated that he has no competition in aid of the valencian language. The minister of Education, Vicent Marzà, that as the director general of Linguistic Policy investigated belongs to Compromís, has defended the correctness of the aid, and he recalled that the popular have been presented in the past four years, dozens of lawsuits against the makers of the valencian Government and Valencia town Hall that have ended up being archived.

Francisco Puig is the ceo of the companies Comunicació dels Ports and More Mut, who manages a television and offers audiovisual content in the regions bordering the north of the Community of Valencia, southern Catalonia and the south-east of Aragon who speak variants that are very similar to the Catalan. According to the complaint of the PP, the companies would have justified with the same bills part of the subsidies granted by the three Administrations, and they would have committed other irregularities, such as inflating the data of the estimated audience of spectators. The extremes that Francisco Puig has denied.