Home Breaking The Russian government will suspend the issuance of work visas to Chinese... 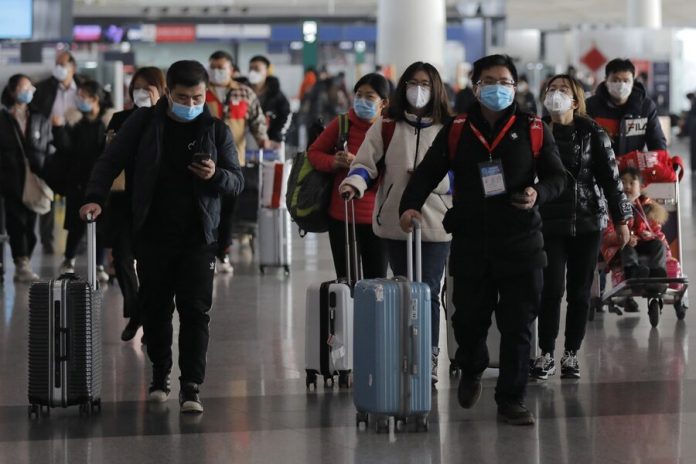 the government of the Russian Federation will introduce a resolution to suspend issuing work visas to the country for citizens of China. About it reports TASS.

Earlier on Friday, January 31, took place the meeting of the operational headquarters on control and monitoring of the situation with coronavirus. Members of the Council, headed by Deputy Prime Minister Tatiana Golikova gathered to discuss measures to fight the disease.

“We are preparing the draft government resolution on temporary ban on work visas to citizens of the people’s Republic of China”, – said Golikova.

Earlier it was reported that Russia also suspended the registration of electronic visas for Chinese nationals. In addition, from 1 February in the country will close down flights in China, except for flights of “Aeroflot” in Beijing, Shanghai, Guangzhou and Hong Kong. Finally, on January 30, Prime Minister of Russia Mikhail Mishustin signed the order about closing of the Russian borders of the country in the far East. A similar decision was taken in respect of Mongolia.

At the moment we know that Russia has identified the first two cases of a new form of pneumonia. According to the head of the operational headquarters, one man with a coronavirus found in Transbaikalia and the Tyumen region.

As stated the head of Rospotrebnadzor Anna Popova, patients were placed in box chamber. Doctors gave them all the necessary tests.

About the first cases of a new form of pneumonia caused by a coronavirus, was reported in December 2019. The epidemic began with the administrative center of Hubei province Wuhan city. Only in China, the country registered more than 9 thousand cases of the disease. Victims of the disease were 213 people.

In Russia may become more expensive phones due to the outbreak of the coronavirus in Kitaigorodskaya to Moscow from China students will examine doctorsthe plot: the Coronavirus in China