Home Breaking The thickness of the entresuelas 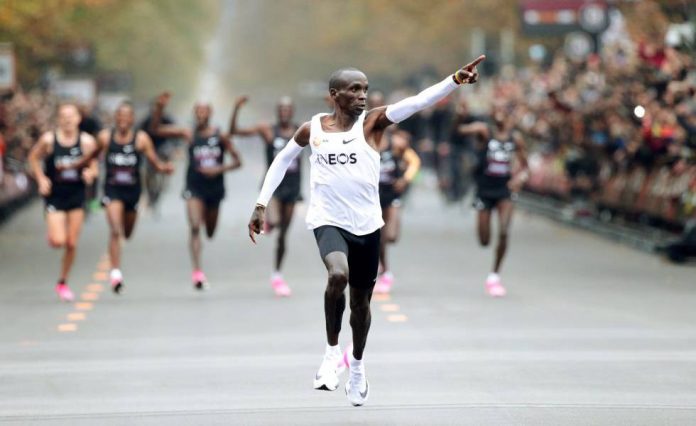 At this point there is already sufficient evidence that the current version of the regulations of the International Athletics Federation has been surpassed by the technology implemented in the shoe fund is on the road. The regulation describes the objectives to be met by the footwear: protection, stability and a firm grip on the ground. Do not speak at all of a delicate topic; the help at the drive. It doesn’t say anything, except jump height and length, the height of the footwear. Yes, says sports must not be constructed so as to give aid or unfair advantage. If there is evidence that the shoes do not conform to the regulations, or the spirit of the same, may be subject to study and be banned if there is non-compliance.

athletics already has their bathing suits out of plastic, “The important thing is the athlete, the shoes do not make you run fast”

We are referring to a part of the shoe called the midsole. It is situated just above the outsole and below the part or textile material cutting. At the beginning of the 60’s, at the time of the t-shirts, there was no entresuelas. I could not have because the rubber is a material that is too heavy for a runner. A decade later, with the introduction of aerobics and jogging, they began to be used in materials with microstructure of the bubbles. Already be closed, such as ethyl vinyl acetates (EVA), or connected to each other by way of sponge-like polyurethane (PU). It could reduce up to 6 times the weight of the same volume of rubber. Thus is made possible the entresuelas and after they did so in different systems are embedded in its interior that sought to protect the footprint of the impact. It was also the time that from a former home of american sportswear emerged a footwear brand that took the name of the Greek goddess of victory. Its distinctive, it could not be another; a wing of Niké. Although the shoe brands of the time were already speaking of the possibility of combining the cushioning with energy return in the drive, there was no evidence that the met effectively.

From the beginning of the century have been incorporated in different pieces of carbon fiber in some parts of the footwear with goals very different. A decade after the european brand that was founded by Adolf (Adi) Dassler implemented in the entresuelas a thermoplastic polyurethane (TPU) that expands letting air bags closed. The TPU are even more lightweight than the preceding, and also returning well after impact, and may facilitate the drive.

Up to here we have spoken of two of the three elements involved in the controversy. The third is the enormous thickness that they are purchasing the entresuelas. So much so, that it hurts to see the instability of the ankles, and the degree of pronation maximum achieved during the support. Precisely, to limit the height of the midsole has been the proposal made in the scientific community as a possible way to control the current aids that provide the latest models and prototypes (Kipchoge in Vienna) of footwear in the drive. Also already did in his day with the jump of height and length. On the other hand this limitation does not coartaría fully the future development of technological advances in materials and architectures; yes, in a thickness more reduced.

Xavier Aguado Jódar is Biomechanical of Sport. Professor of the University of Castilla-La Mancha.