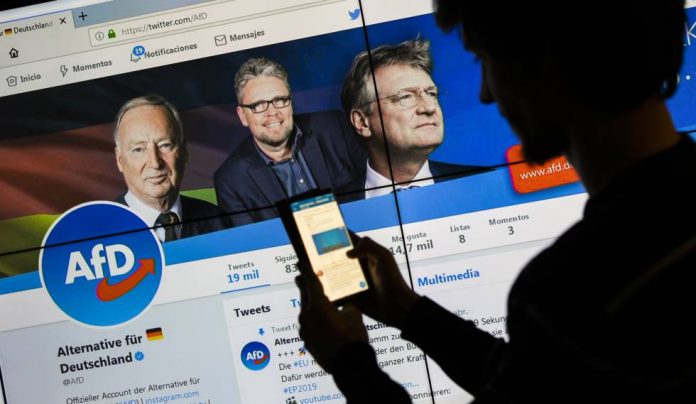 The social network Twitter, one of the greatest symbols of how the Internet has changed the rules of the policy throughout the world in the last decade, will prohibit political ads on its platform. Announced by the founder and executive director of the company, Jack Dorsey, in a series of messages in which he explained that “the scope of a political message should be something that is earned, not you buy that is”. The decision is radically opposed to the attitude of the platform Facebook, which has made it clear in recent weeks that it intends to implement its tools at the service of any campaign without being responsible for the misinformation.

“A political message to win influence when people choose to follow an account or retuitearlo. Pay for having longer reach eliminates that decision and forced political messages are optimized and targeted. We believe that this decision should not be limited by the money,” says Dorsey.

The end of an era: what will happen when the ‘likes’ disappear Hacked the Twitter account of Jack Dorsey, its founder, “This account has been ‘hacked’ by corruption”

“while advertising on the Internet is incredibly powerful and very effective for the commercial advertisers, this power has significant risks in policy, where you can use to influence the votes and affects the lives of millions of people”, argues Dorsey.

The evidence that social networks such as Twitter and Facebook are a new actor in the political discourse with an influence that can change the course of whole countries in a short time became patent in 2016. The world then saw as the campaign of Donald Trump in the presidential election of the united States, the campaign for Brexit, or the campaign against the peace agreement in Colombia, triumphed in the polls, to the surprise of the mainstream politics. Are campaigns that mobilized through networks, groups of voters with very specific, that the networks allow you to target with surgical precision, and whose intentions passed under the radar of the polls and the traditional policy.

We’ve made the decision to stop all political advertising on Twitter globally. We believe political message reach should be earned, not bought. Why? A few reasons…?

In the networks, in addition, the political message is mixed with the personal opinions of hundreds of millions of people and is not subject to rules, so that there are hardly any controls or way to counter the misinformation and hoaxes. The information goes directly to a campaign or an interest group to the specific user to which it wants to convince, without context or the opportunity to expose you to other ideas. The scandal of the company Cambridge Analytica, which used data from Facebook to locate with great precision the voters that could give him a Trump of victory, revealed to the world the way in which networks can be used.

“political ads on the Internet present completely new challenges for the speech civic: the optimization of messages through the learning of the machines, the microtargeting (to aim with tiny precision to specific individuals), the disinformation without control, and the deep-fakes (images manipulated in a manner so sophisticated that the hack is undetectable). Each time with more speed, sophistication, and a scale overwhelming,” says Jack Dorsey.

Twitter has around 320 million active users around the world. It is far from 2,200 million of Facebook, 1,000 million of Instagram or 2,000 millions of YouTube. Their influence in politics and the media, however, is considerable in relation to their size, particularly since the use we have made of it the us presidents Barack Obama and, especially, Donald Trump.

The first reaction to the decision came an hour after the announcement, precisely, of the campaign of Donald Trump. His campaign manager, Brad Parscale, published a statement in which he said: “Twitter just give up hundreds of millions of dollars in potential revenue, a decision very foolish to its shareholders. Are you going to Twitter to also halt the media progressive biased that they are now going to be left without control, while comparing content obviously political to attack republicans? This is another attempt to silence conservatives, because Twitter knows that the president Trump has the online program more sophisticated than it has ever known”.

The time of this announcement is relevant. With the party primaries in the united States about to enter the final stretch, the attention is placed in the attitude of these platforms, which until now have permitted the sharing of misinformation, lies and attacks that would be inconceivable in traditional media, and, says Dorsey, have consequences that affect the lives of millions of people.

At the beginning of October came one of the first tests. The re-election campaign of Trump released an ad with false statements about Joe Biden, who is leading the race to democrat. CNN refused to broadcast the ad, for example. Fox News removed it. But Facebook does not. The platform replied to the complaints of the campaign of Biden saying that based on “freedom of expression and the respect for the democratic process” was not going to contribute to the scrutiny of the policy, because there was already sufficient controls.

The attitude of Facebook to allow basically anything in his platform was immediately denounced by the edict democrat in the united States, which fears a new war of misinformation and lies added to the microtageting that allows you to Facebook, as well as in 2016. The campaign of senator Elizabeth Warren, for example, released intentionally an ad with false claims on Facebook to demonstrate the lack of responsibility of the company.

on October 28, hundreds of employees of Facebook sent a letter to Mark Zuckerberg, founder and head of the company, in which it criticized the decision not to control what is said on the platform. “Free speech and expression paid are not the same,” the letter said.

Zuckerberg appeared in Congress last week and was asked insistently by the danger of disinformation in their platform. In an exchange with congresswoman Alexandria Ocasio-Cortez, who became viral, this asked if he could buy an ad on Facebook with false information about republicans. “Probably,” said Zuckerberg. When she asked if there was any problem with that, Zuckerberg answered: “Well, I think that lying is wrong.”