Home Breaking Viktor Abakumov: what said the head of SMERSH before his death 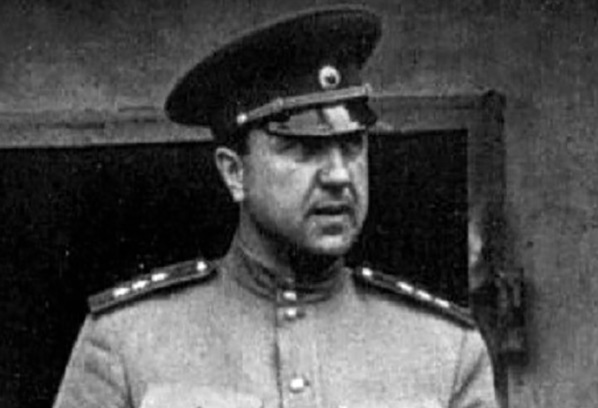 History 26/03/20 Viktor Abakumov: what said the head of SMERSH before his execution

the Identity of Commissar of state security 2nd rank Colonel-General Viktor Abakumov surrounded by mysteries. Some consider it a wonderful brave man, a war hero. Other – one of the most brutal and ruthless fighters against the “enemies of the people”. Although perhaps one does not interfere. However, in the end Abakumov himself was a victim of repression.

Viktor Semyonovich Abakumov was born in 1908 in Moscow, in the family of a laborer and a seamstress. After four years at a city school, the teenager volunteered in the Red Army, where he served as an orderly in Moscow brigade of special purpose (CHUN).

After demobilization from the front Abakumov was working as a packer in the Moscow Union of producer cooperatives, was active in the Komsomol, and then party work. In 1932 the Moscow Committee of the CPSU(b) sent him to the service of the OGPU. Then he was transferred by the warden of the GULAG, and in 1938 was appointed head of the Rostov regional Department of the NKVD. Very quickly he was famous for his ability to literally knock of prisoners on remand need recognition. His methods seemed very cruel, even for the investigator. Zeal Abakumov did not go unnoticed, and in July 1941, he headed the military counter-intelligence.

the source is found the information that during the war Alone was able to expose as many as 30 thousand German agents. But did they really German agents? Or most of them were ordinary people, a self-confessed spies during the “interrogation”?

After the war Abakumov took more high post of Minister of the MGB. He was engaged in, however, the same as in the SMERSH – the cleansing of the army and defense industry by “enemy agents”. When it was arrested by the marshals aviation Novikov and Khudyakov, the people’s Commissar of aviation industry Shakhurin, Admiral Alafuzov, Stepanov and Haller. During the so-called “Leningrad affair” was shot Secretary of the Central Committee, Kuznetsov, Deputy Chairman of USSR Council of Ministers Voznesensky, the Chairman of the Council of Ministers of the Russian Federation Boris Rodionov, the first Secretary of the Leningrad regional party Popkov… by the Way, Abakumov to Stalin organized the murder of actor and Director Solomon Mikhoels.

this zealous Minister did not stop – he began to collect dirt on many prominent persons of the state.

Lost Abakumov in fact, Yakov Etinger. Renowned Professor, cardiologist was arrested in November 1950 and March 1951 died in a cold solitary confinement. In July 1951 the senior investigator of the MGB Ryumin in a letter to Stalin accused the Minister Abakumov in the deliberate murder of Ettinger. Stalin concluded. July 12, Abakumov was arrested along with his wife – the daughter of a famous entertainer Antonina Smirnova and young son and sent to Lefortovo prison.

the Reason for the arrest itself looks very strange: after all, in that era a lot of people died in prisons and camps, and nobody bore responsibility for it. But the fact that Rumin in his denunciation of the mentioned Minister requires investigators to collect on the interrogation of incriminating material, including Boris Vannikova and Avraamy Zavenyagin, who led the work on the creation of nuclear weapons. Meanwhile, the “nuclear project” was supervised by Lavrenty Beria himself, and he was under the personal control of Stalin.

Obviously, Abakumov have got not in his “diocese”. He faced the absurd accusation that he flip-flopped under his nose “Zionist conspiracy” of the Jewish antifascist Committee and did not show enough activity in the so-called “doctors ‘ case” in which the participants had prepared the assassination of party leaders.

the Penalty for loyalty to the orders

the Investigation went on for a long time, during interrogations and in the Mirror is actively used to torture in the same way as he once to their under investigation. This eventually made him an invalid.

After the death of Stalin, the ex-Minister, unlike many others, is not rehabilitated. On the contrary, in connection with the arrest of Beria, Abakumov was charged with the organization of “Leningrad affair” and contacts with the same Beria, which, in turn, recognized the “agent of foreign intelligence services.”

the Trial took place in December 1954 in Leningrad. When the defendant has provided the last word, Viktor Abakumov said: “Stalin gave instructions, I did”.

In the end Abakumov was found guilty of treason, sabotage, terrorist acts, and also participating in a counterrevolutionary organization and was sentenced to death. The sentence was executed on the same day – December 19.