Home Breaking What harm did for Russian Alexander Nevsky 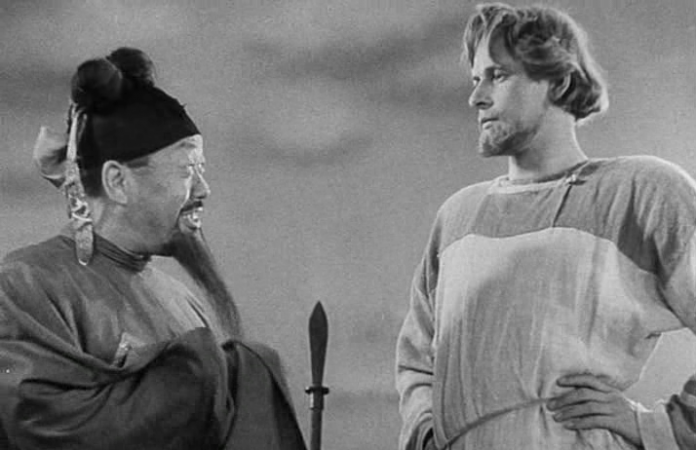 the Holy Nobleborn Prince Alexander Yaroslavich Nevsky, known traditionally viewed as the ideal Russian public leader. This is the Church and the historiographical tradition. And no wonder the contest “Name of Russia” in 2008, he won it. But, perhaps, the facts do not always correspond to the idealized pattern.

the establishment of the Mongol-Tatar yoke

In critical votes about Alexander Nevsky the most is the accusations that he was instrumental in the establishment of the Mongol-Tatar yoke in Russia. Like, after the invasion of Batu Russia could still perk up and United effort to overthrow the newly established oppression. Of course, we do not know have had such attempts are success or, on the contrary, would lead only to further death and devastation. But we know, firstly, that these attempts were, and secondly, Alexander Nevsky, they opposed and stopped them.

Historians usually justify this by the fact that de Alexander Nevsky thereby saved the new Russia from the Tatar invasions and devastation. However, as he did it, it was just a series of massacres and invasions. Only with the Tatars participated in them and the squad Nevsky hero.

Consider the events in order. In 1243 Batu, Khan of the ulus of Jochi (Golden Horde), called the father of Nevsky Yaroslav Vsevolodich – to his capital Sarai to make him a vassal oath. Alexander at that time reigned in Novgorod as a hired Prince with limited power. Yaroslav the required oath was given, for that Batu gave it a label – the investiture on the great reign of Vladimir and Kiev. In fact, Batu had put Yaroslav senior over all the Russian princes, however, this ordination was not recognized by all the Russian princes and not immediately. There are in Chronicles hints that Alexander himself was in no hurry to obey his father.

But the decision of the Khan of the Golden Horde at that time still required ratification by the great Khan in Karakorum. And so, after a short stay at home, Yaroslav Vsevolodich went all the way to Central Asia, from which it never returned. That he was approved for the great reign, no doubt, but now the throne was claimed by his two sons – Alexander and Andrew. Tradition says Alexander elder of the brothers, but it is unknown, and date of birth of Andrew was not kept.

Andrew first went to Karakorum and brought from the great Khan güyük a shortcut on the throne of Vladimir. But soon güyük died suddenly, and with the support of Batu, the great Khan was Mongke. Andrew, meanwhile, has entered into an Alliance with Prince Daniel of Galicia with the aim to overthrow Russia Khan’s yoke.

As further developments version as the chroniclers and historians strongly disagree. The canonical version is that the son of Batu, Sartak, who ruled at that time in the Shed, was directed against Andrew Temnik Nevryuya. Andrew fled, and Alexander, meanwhile, went to the Barn, and then in Karakorum, to appease the khans, and brought back a label on the great reign. Meanwhile the Tatars had already again to destroy Vladimir, Suzdal and other centres of North-Eastern Russia (“Nevryueva host”, 1252).

According to the apocryphal version, based on Vasily Tatishchev, Alexander Nevsky himself begged the Khan’s army, with his help, overthrew brother and began to reign in Russia, thus finally approved it the Horde’s yoke and buried the hopes for liberation. Some historians suggest the hypothesis that Nevryuya mentioned by the chronicle, none other than myself Nevsky hero. Regardless of which version is correct, it is obvious that Alexander Nevsky took advantage of the power of the Horde to uphold his autocratic rule in Russia, but as an obedient tributary khans.

the Subordination of Novgorod Golden Horde

Novgorod was not subjected to the Tatar ruin. Being an independent state, calling for their princes, on certain conditions, he did not consider withebya related to those obligations which the Grand Duke took the front of the Horde khans. Novgorod did not participate in the payment of tribute to the Mongols. Alexander Nevsky decided to put an end to this independence, which again have used military might of the Horde.

At this time in Novgorod ruled the son of Alexander Vassiliev. Terrified by the fact that the father comes at him with the Tatars, he fled. Nevsky came to Novgorod and there perpetrate a brutal massacre of the nobles – advisors his rebellious son. One, according to the chronicle, cut noses, others were blinded. Then the Horde baskaks began to write of the people to pay the poll tax. Novgorod rebelled and expelled Baskakov. But with them gone and Alexander, threatening that he would return with a strong Horde army.

meanwhile, in the Novgorod began confusion. The tribute imposed by the Tatars, was universal, the same for everyone. So dissatisfied with it were mostly poor, for the rich of Novgorod it was easy. Many nobles and merchants also began to leave Novgorod after the great Prince. The common people were left without leaders were forced to surrender and, through the Archbishop, standing on the side of the rich, sent to beg Alexander Nevsky return, promising obedience to the baskaks.

it Was in 1259. Since then, Novgorod, although continue to and get rid of the direct arrivals and billeting Baskakov, has consistently paid great princes “of the Horde exit”, that is, their share in all-Russian tribute to the Horde.

the Refusal of Western aid against the Horde

There are facts from the biography of Alexander Nevsky, which are interpreted ambiguously. The fact that he had rejected the help offered him by the Roman papal throne, against the Tatars in exchange for the recognition of the ecclesiastical rule of the Pope (the Church Union). The first message of this kind from Pope innocent IV the Prince was received at the beginning of 1248. Interestingly, the Pope referred to it that in the Karakoram Alexander’s father – Grand Prince Yaroslav – allegedly agreed with staying there at the time papsthem ambassadors of the Union.

Apparently, the Pope received a positive response to his first letter to the end of 1248, sent to Alexander the second message. In this innocent expressed satisfaction with the consent of the Prince for the construction of Pskov Catholic Church and reported on towards him legate. The correspondence ends. Russian sources nothing about her misleading, but suggests that Alexander rejected the offer came to him two papal envoys about the conversion to Catholicism.

the news easily reconciled. At that time, when Alexander was not yet the Grand Duke and ruled in Novgorod, he could consider the option of reliance on Western aid against the Tatars (what did Daniel of Galicia). But by the time of arrival of the legate (or two lieutenants) made a final choice in favor of vassalage to the Horde.

And now, it’s the rejection of Catholic Europe some consider a bad act, because it contributed to the Horde yoke. Others believe it is a good thing, because Alexander Nevsky saved on the Orthodox Rus. The harm of this step is controversial, because the same Daniel of Europe is not much help.