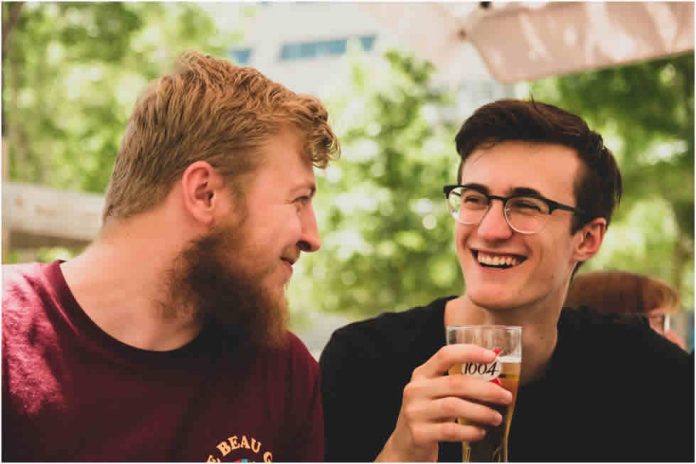 The Center for Disease Control and Prevention states that 4 in 10 teens drink alcohol before their 21st birthday, and 1 in those 4 drove under influence. It’s worrying to find out that 1 in 4 teens engaged in binge drinking at least once before turning 21. Binge drinking is the term used when someone hasover5 drinks during the same episode.

Binge drinking is a common habit for students, and research shows that even if teens drink less than adults, they tend to drink more in a single occasion. Over 90% of teen drinking is binge drinking, so as a parent you should be aware of the risk your child may drink behind your back. You may find it hard to believe, but the average teen has their first drink at 14. Why do teens try alcohol? For many reasons, they try to relieve stress, show their independence, prove their rebellion and even for boredom.

40% of teens don’t fully understand the risks alcohol poses to their health. Some of them have the misconception one or two drinks daily are safe.

Parents have a huge influence over their teens and if they are informed, they can correct their drinking behavior.

Here is what you should do if you suspect your teen is drinking.

Talk with your partner

Remember, you are all family and you should both share the same opinion when you discuss with your teen. Children often turn to one parent when the other disapproves their actions. You should inform your partner you suspect your teen for drinking, and establish together how to convince them to stop.

Don’t blame each other, as you’ve already read teens drink for various reasons, and it’s not your fault they are doing it. You need to establish what your position is, and even if you disagree on some points, you should make a united front when you discuss with your teen. It’s important for you not to bad-talk or undermine each other because your main goal is to show your child they came from a place of love.

They will probably call you a hypocrite

The first answer your teen will offer when you’ll ask them why they drink is that you did the same when you were their age. You should be prepared to answer them honestly, but in a way that shows them they can do better than you. You can tell them that you drank alcohol only to understand that it’s bad for your health or because you tried to fit in, but it was the worst decision you’ve ever made, and you want something better for them.

Another way to convince them that using drugs of any kind is bad is to show them how different substances affect different people. You should choose an answer that doesn’t allow them to use it as a justification for their use. Your goal is to convince them to stop, not to talk about your past behavior. Be honest, tell them you drank, but it had negative effects on your personal or professional life, and you want to make sure they’ll not be tempted to use it again.

If they say you are drinking or smoking, tell them it’s legal and you are allowed to do it. But you also understand the effect it has on your health. A good argument is telling your children, adults have a harder time to give up on their habits, and they should do it before it becomes an addiction.

Gather evidence before talking to them

You shouldn’t accuse them or drinking if you don’t have any evidence. You may have reservations snooping through their stuff, but their wellbeing is your duty. You need to find evidence they consume alcohol, and you need to get ready for an answer like “it’s for someone else”. Teens usually hide things

What to do if your teen is charged with underage drinking?

Sometimes parents don’t find out their children are drinking until it’s too late. If your teen is arrested for underage drinking you should stay calm because it’s not the worst it can happen. If they didn’t have any trouble with the law until now, a criminal defense attorney Salt Lake City can use their clean record to show they are no punk, and this may have been the single time they used it.

Possession and consumption of alcohol when underage is illegal and you need to hire an experienced attorney to deal with the case. They understand what your childis up about and they can provide legal support. Be ready your teen to experience penalties like the loss of driving privileges, even if they didn’t drive under influence, fine and court-ordered supervision. Depending on the situation, sometimes the penalties are stricter.

Before discussing with your child, establish with your partner the rules they need to respect from now on, and what the consequences are for breaking them. You can write them down, so your teen cannot say they forgot the rules. Ask them for feedback on their new limitations and let them negotiate some of them. Ensure both you and your partner are ready to enforce the rules because if they break a rule and there are no consequences, they’ll never learn the lesson. Set only rules you can apply.

If you know what the purpose of the conversation is, you have better chances the outcome to turn favorable. It’s unrealistic to think your teen will immediately admit they drink. They’ll probably not even stop doing it immediately. Don’t have unreasonable expectations from this conversation, especially if it’s the first time you’re discussing this subject. Helping them to correct their behavior is a complex process and you should take it a step at a time.