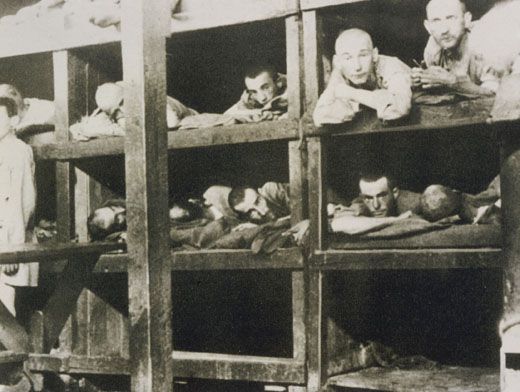 All the prisoners of Soviet labor camps was subordinated to strict rules. And these rules were established not only representatives of the administration, but also the prisoners. It is according to them, were distributed even places on the benches. It is clear that the lower “floors” got not the criminal “elite”.

In fact, the space under the lower bunk in camp barges for the deployment of prisoners was not intended. However, prisoners nevertheless were taken, even these places. And, for my own reasons. So, Jacques Rossi, who was 8 years spent in the Soviet camp in Norilsk, in his book “the Gulag Handbook” writes that the huts were equipped with two types of Nar: wagon and continuous. Latter was banned in 1919, but continued to be used until mid-1950. And this despite the fact that when the wagon system per inmate, 1.5 sq. m., and when solid is only 0.8 sq. m.

it is Worth noting that in 1944 the lights went out in the NKVD order № 00640-44 G., according to which every prisoner shall be provided at least 2 sq. m. of living area. Such data are cited in the publication “search Results for GULAG at war: the brutal truth of documents” Vladimir Tryhow. However, these standards are still not respected. In his book Tryhow results in the document, which lists labour camps, not to obey the said order: Tyrny-Aussi (1.1 sq m), Vorkuta (1,3 sqm), INTA (1,4 sq. m.) and Norilsk (1.5 sq m).

Due to the lack of space in the camps established a clear system of distribution of beds. How to write Abramkin Valery and Valentina Chesnokova in the book “the Prison world through the eyes of political prisoners, 1940-1980-ies”, on the top bunk, as a rule, was inhabited by the so-callede thieves, that is, professional criminals, recidivists, thieves. This is due to the fact that the upper bunk was warmer (as warm air rises), more spacious, and its inhabitants do not suffer from the debris that was falling from the higher “floors”.

Those who were of lower rank, respectively, were sleeping on the lower bunk. But the hardest had convicted, who had to sleep on the floor under the lower bunk. According to his book “GULAG” Anne Applebaum with reference to the memories of the convicts, lying on the floor from the upper bunk poured slops, urine and other filth. Applebaum writes that this “honor” was awarded to the representatives of the intelligentsia, clergy and leadership are criminals and farmers. In connection with the last sector under the lower bunk and was called “the farm”.

How do we get up?

However, writer Razumnik Ivanov, whose words are quoted in the publication “All the rulers of Moscow. 1917-2017” argued that the space under the lower bunk was called “metro”, and the boards between the benches – “plane”. Similar information was reported in his book “Best praise” and writer Varlam Shalamov, who is not one year spent in the forced labor camps. Ivanov, who was convicted for “anti-Soviet”, wrote that in “metro” were usually beginners. With the increase of the “experience” of a prisoner was moved to “aircraft”, and after was on the top bunk. However, this progress was slow: Ivanov, for example, had to spend in “metro” about two months.

But not all can withstand even such a short time. And it was not only in unsanitary conditions and infections that it causes. According to the same Varlam Shalamov, author of the famous “the Kolyma stories”, those who held places under the bunks, slept in outerwear, and even hats: the cold prevailed in the lower “floors”. However, Shalamov claimed that the residents of “metro” was not forbidden to sit by day on the edge of a strangers cum. In addition, the writer claimed that to take the upper bunk bylo it is possible and without waiting in line: at least in the Butyrskaya prison, the best seats went to those who before the others came into the chamber.