Home Breaking Why Mikhail Gorbachev gave part of the territory of the USSR to... 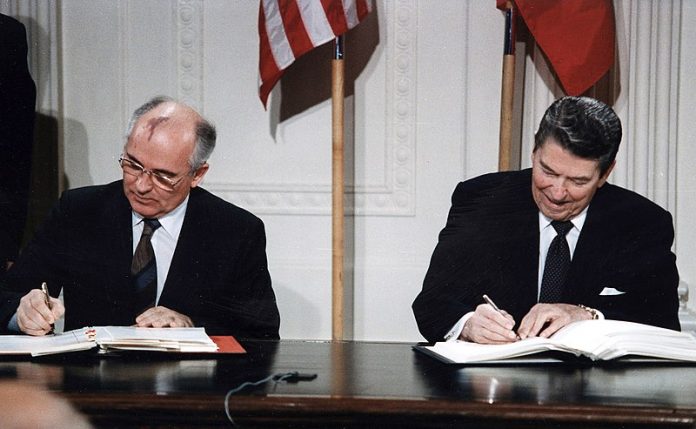 In the printed media regularly publishes information about the alleged Gorbachev gave the United States territory in the Chukchi and Bering seas. These areas consist of the coastal plume.

In 1867, the experts conducted a boundary between neighboring Islands. America had the island of St. Lawrence and the Russian Empire — the commander Islands. At that time did not require the delimitation of Maritime spaces.

In 1926, the Soviet government adopted a decision on “polar possessions”. Different countries did not recognize the border, which was conducted by the Union unilaterally. In the Chukchi sea this border ran closer to the shores of America. In 1976, some countries have established their sovereignty in the seas near their coasts.

after 14 years, lost to the Soviet Union America 23700 sq km of economic zone. The area of the continental shelf of the USSR was 10 times less. In 1990, foreign Minister Eduard Shevardnadze and us Secretary of state James Baker signed the agreement on the delimitation of water areas. A year later, the agreement was approved by the U.S. Congress.

To the detriment of Russia

In 2002, the state Duma adopted a resolution stating that the area “unnecessarily ceded the territory of the USSR” was more than 31,000 sq. km. Large water area with an area of 46000 sq. km America has gotten to the heart of the Bering sea, and the USSR went to the site with an area of 4600 sq. km. the state Duma considers that this border was cut off from the Soviet Union the areas that lie close to the shores of the USSR. Experts believe that the assignment of waters of the United States caused damage to the Russian economy.

Agreement of 1990 delineates the disputed waters in the seas. The Union has not received actual or legal sovereignty over the areas that are now controversial in circles of Russia.

the Congress of Alaska believes that the signing of the agreement did not take into account the interests of the state. The decision in 1999 determined the status of the disputed Islands, Komandorsky Zapovednik, Wrangel and others. On these Islands there was no information in the Russian-American Convention, and therefore Russian sovereignty over the areas is considered illegal.

Recommended statesalaska… Share: Comments Comments on the article “Why Mikhail Gorbachev gave part of the territory of the USSR to the United States” Please log in to leave a comment! br>
Share on Tumblr