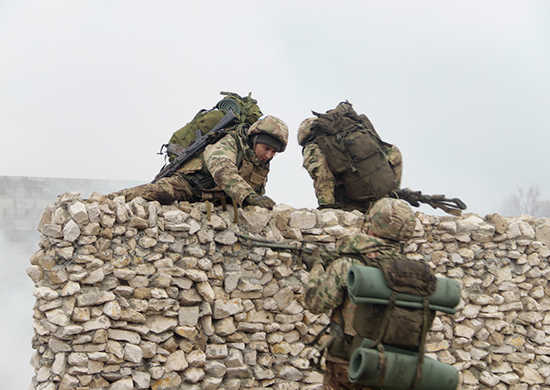 In the last decade of renewed Russian military presence in “hot spots” of the globe”. The new realities of change including and Russian language. In Syria, Libya, born in the Donbass special military slang, which now can be seen on the pages of social networks and Internet forums.

What is military slang

From the point of view of linguists, military jargon (or slang) is a language that is understandable only for her.

“Military slang occurs first, in order to Express unconventional, unusual, original and expressive, and secondly to isolate from the environment”, – noted in his PhD thesis philologist Irina vorozheykina.

Each war and conflict makes a difference in military slang. So it was in 1980-ies in Afghanistan, as is happening today, during a military operation in Syria. New words are used not only in oral speech combatants, they penetrate and Internet communications. The forums are a special vocabulary performs, among other things, the safe function. Replacing key words with euphemisms, negotiators are trying not to attract attention. As you know, disclosure of military information can be regarded in different ways, until accusations of treason.

“I Sent a construction team on a business trip to Saratov”

A new jargon to reflect the realities that have emerged only in recent years.

for Example, special operations Forces in a Network called “construction brigades”. The special forces unit of the Russian armed forces was formed in 2009 in the framework of military reform. However, the reduction in the MTR for generations, had experience of life in the Soviet Union, is associated with student construction brigades. Might have affected the historical memory of the events of 1970-1980-ies, when the Soviet spetsnaz GRU participated in the civil war in Nicaragua on the side of socialist government. Russian came to this Latin American country under the guise of civil engineers.

in addition to the official forces of the Ministry of defense of Russia in Syria and other regions today are fighting the soldiers of the so-called private military company Wagner. Callsign “Wagner” used by one of the founders of PMC Lieutenant Colonel Dmitry Utkin, gave reason to call the mercenaries “musicians” or “composers.” In addition, they are called simply “vagnerovsky” or “chavakachcheri”.

Syria slang is called “Saratov” – from the reduction of SAR (Syrian Arab Republic). Accordingly, a “trip to Saratov” means sending in the combat zone. In this “Saratov” there are “areas” as “Khimki” and “Tortuga” is the base Hamim and the port of Tartus, respectively. The city of Aleppo Russian “renamed” in Limpopo (reference to the work of Korney Chukovsky’s “Dr. Aibolit”), and Palmyra in the Palm.

opponents of the jihadists are often called “spirits” – this word got “inherited” from the Afghan war. But in the course and a new name – “Barmaley”. This is another use of the image Chukovsky (Barmaley – bearded pirate and the Ogre of the fairy tale). ISIS terrorists* Russian dubbed “devils” or “banderlog”. The latter name comes from the name of the monkey people, the Bandar-log from “the jungle Book” by Rudyard Kipling. This word in 2011 have highlighted President Vladimir Putin, who appealed to the opposition words of Kipling boa: “Come to me, banderlog.” The completion of the military slang through children’s books is probably the element of psychological protection – the enemy exhibited less threat, the opportunity to laugh at him.

Soldiers of Bashar al-Assad on the forums called “Sadiq” – from the Arabic word “friend.” By the way, the medal “the Participant of operations in Syria” because of the characteristic shape of the state Russian fighters called “liver Sadiq”. Russian military jargon for the last years enlarged and other Arabic words. For example, “Kanas” (sniper), “dababa” (tank), “Pousadas” (gun). How long these loans will be accepted after the end of military operations in Syria, it is difficult to predict.

* the organization is prohibited on the territory of the Russian Federation