Home Breaking Zakharov responded to the accusation of Kiev in the theft of history... 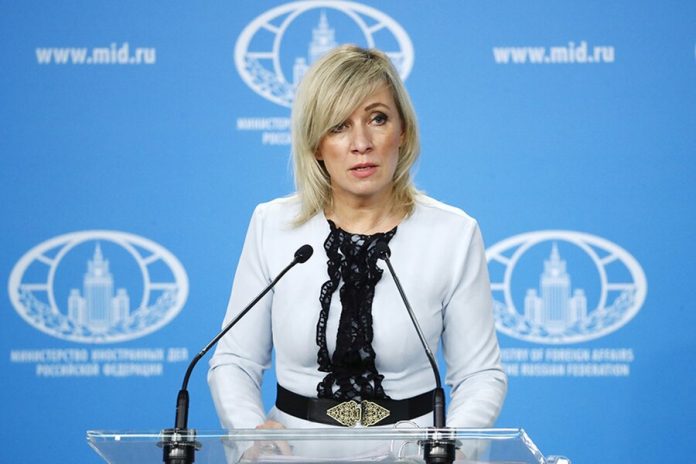 Official representative of the foreign Ministry Maria Zakharova said the statement by the Ukrainian Deputy foreign Minister Vasily Bodnar that Moscow is stealing history “of Ukraine-Rus”.

“Russia wants to drive a wedge between Ukraine and Poland, and in the criminal rewriting of history. As for “Ukraine-Rus”, we would like to specify the start and end dates of the existence of this little Russian Hyperborea”, – said Zakharov in your Facebook account.

Also, the official representative of the Russian Ministry suggested that the Ukrainian colleagues for the future use to denote this mythologism names Ukrus or Rosukr.

Earlier, he accused Moscow of trying to “drive a wedge of history” between Ukraine and Poland. He noted that Russia ascribes to himself other people’s victory and shifting the liability for crimes on others. In addition, Bodnar expressed a desire to cooperate with Warsaw in joining efforts against Russia.