Home Entertainment 200 Kyrgyz hunger strike at the airport of Novosibirsk 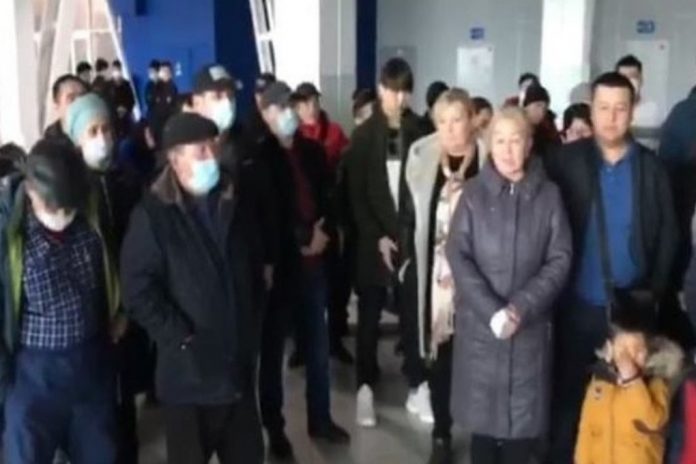 At the Novosibirsk airport Tolmachevo citizens of Kyrgyzstan that are unable to fly home, announced the beginning of the hunger strike. At the moment of departure are expecting about 200 people.

Earlier it was reported that foreigners had to fly to Bishkek two weeks ago, but the Kyrgyz authorities have allegedly refused to accept new aircraft for lack of seats in the “observation” on the coronavirus.

“We were forced to go on hunger strike, says in a statement in social networks video one of the passengers. – Our government has left us in the lurch”.

As noted by “Interfax”, flights between Russia and Kyrgyzstan is not completely cancelled from Domodedovo to Bishkek there will be one flight a week.

the “MK Kyrgyzstan” reports that the government of the Republic has said it is ready to accept compatriots. “We take out all, got the tickets,” – said Vice Prime Minister of Kyrgyzstan Kubatbek Boronov.