Home Breaking A homicidal ex-employee of the FSIN was a gun in years of... 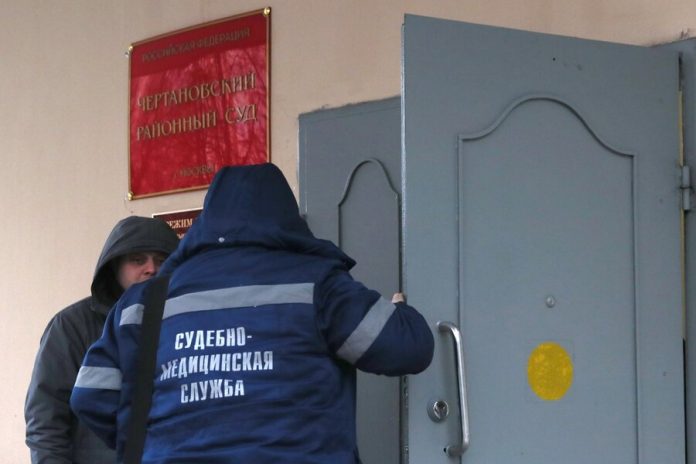 a Premium gun, ex-head of the FSIN Victor Sviridov who has made a suicide attempt in the hall Chertanovskaya court, received during his service in the police. It is reported RIA Novosti with reference to the lawyer Grigory Nikitin.

the Lawyer explained that the gun was presented to him as a gift when he served in the Ministry of internal Affairs operational staff. In turn, attorney Alexander Kotelnitsky clarified that we are talking about premium pistol.

Previously, the Moscow city court has confirmed the death of Viktor Sviridov. The incident occurred at Chertanovskaya court after the verdict on the case of extortion.

According to the media, he was accused of extorting 10 million rubles from the former Deputy Director of the Federal penitentiary service Alexander Sapozhnikov. The lawyer of the defendant Alexander Kotelnitsky reported that Sviridov had cancer in the fourth stage, the court during the trial have included all the information about his disease.

Sviridov had to take into custody in the courtroom. Press Secretary of the Moscow city court Ulyana Solopova said that he has appointed punishment below the lowest limit. It’s three years in a penal colony, while the article on extortion provides from 7 to 15 years of imprisonment.

it is known that metal detectors in Chertanovskaya court worked full-time during the day. Thus, refuted information about the fact that if you enter Sviridov failed frame. Now comes the verification of compliance with screening procedures the bailiffs at the entrance to the building. Upon incident criminal case about negligence.