Home Breaking A third criminal case about a fire in “the Winter cherry” is... 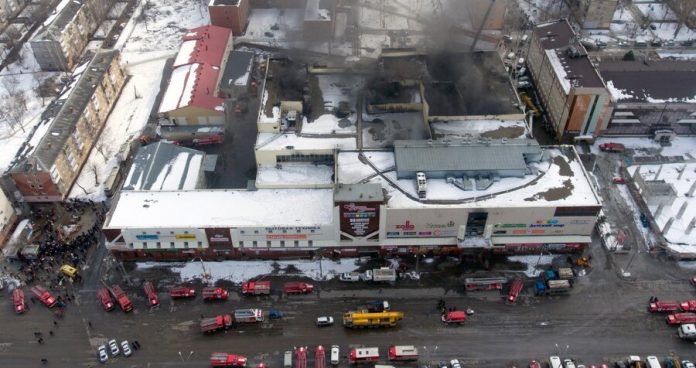 the state office of public Prosecutor of the Russian Federation has directed to court criminal case upon a fire in a shopping centre, “Winter cherry” in Kemerovo. About it reports TASS.

the Defendant in this case was the head of the Inspectorate of construction supervision of the Kemerovo region, Tensile Komkova and three accomplices.

“the Prosecutor General of the Russian Federation approved the indictment on criminal case concerning the chief of inspection of State construction supervision of Kemerovo region, Tensile Komkova, her son Edward Komkova, head of the Department said inspection Svetlana Sengera and Director of the “action “Resource” Nikita Cherednichenko,” – said the press service of the Ministry.

Earlier it was reported that the court ordered the owners of the “Winter cherry” to pay to relatives of victims at a fire in a shopping center 118 million rubles. This decision was made on 30 lawsuits from victims.

the Tragedy occurred in March 2018. The fire started on the top floor of the shopping center that housed the cinemas and children’s play areas with rides. During a fire killed 60 people, mostly children.

After the tragedy was arrested 15 persons. The investigation of relevant criminal cases is ongoing.

Examination of electrical equipment “Winter cherry”, assigned to the Investigative Committee of the Russian Federation, showed that the fire started in the led lamp. It is assumed that the light fixture came meltwater from the roof and caused a fire. Fire alarm system, in this case, was inoperative.