Home World Angela Merkel – throw everything down? The easing was negotiated so hard 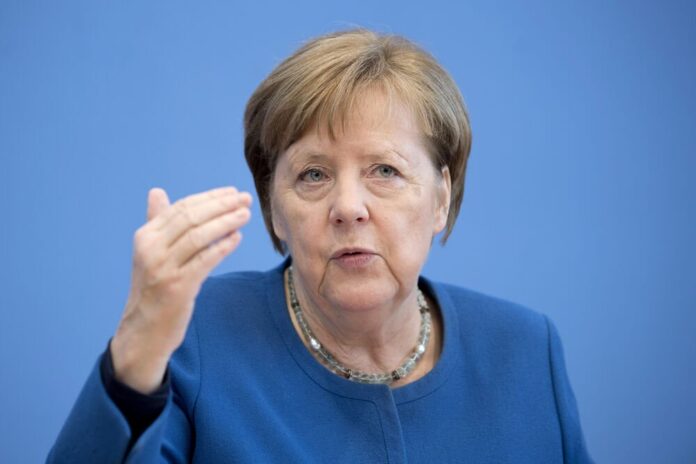 Chancellor Angela Merkel had been holding back hopes of a quick easing in the Corona crisis for weeks. But after the prime ministers were largely on the same line at the beginning of the crisis, they are now pushing ahead with new and far-reaching easing in their respective federal states. Therefore, there was a real “nerve war” during the negotiations. But now the Chancellor is turning the tables and securing the possibility of undoing far-reaching loosening if the number of new infections continues to increase in some regions.

For a few weeks, the Chancellor had managed to swear the prime ministers of the federal states on a common line in the corona crisis. About two weeks ago, Angela Merkel had warned of “opening discussion orgies” and even said a word of power. But now the pressure of the economy and a part of the population in the federal states is becoming too strong, since they seem to prefer a faster opening rate. Now it has been decided to implement some things this month. As of now, the shops are allowed to open, daycare centers and schools are supposed to gradually start their classes again and the contact restrictions are also relaxed a little. Now up to 4 people from 2 households can meet. The Prime Ministers of the federal states have the final say on the opening of hotels, guest houses, restaurants and cafés. Many of these stores will be allowed to open under strict conditions from next week.

It can now be seen that the Chancellor has largely left the federal states in control of further easing. From now on, they can decide on their own responsibility for the gradual opening in many areas. The prime ministers are allowed to make decisions about the lectures at universities, the opening of music schools, bars, clubs and discos, trade fairs, driving schools and cosmetic studios. The same also applies to theaters, cinemas and concert halls. Even before the meeting, tough and nerve-wracking negotiations had taken place behind the scenes, in which the mood of the participating prime ministers became increasingly irritated.

The Chancellor’s statement shows how irritable the mood really was, that she “was about to give up”.

There was a long and hard discussion, especially when it came to relaxing contact restrictions. Merkel finally gave in, but secured a tried-and-tested way to reverse the loosening of the federal states in the event of an increased number of new infections with the corona virus in some regions of Germany. The federal states are therefore responsible for ensuring that there is no increased number of new infections. In this case, the Chancellor would have the opportunity to issue another lockdown for these regions.