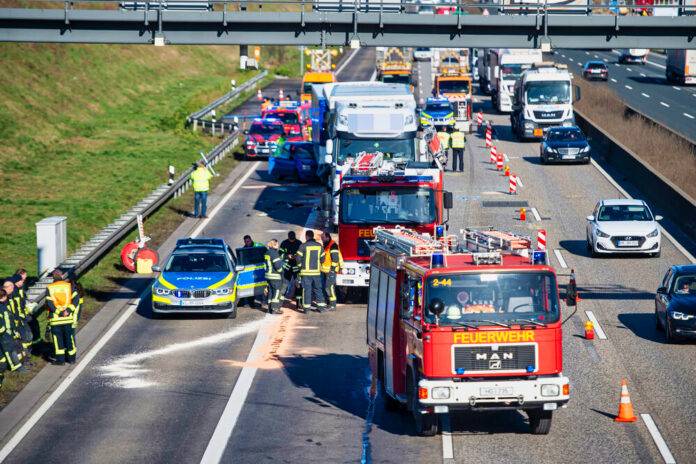 Hurtled into an accident vehicle: Vehicle crashes on a highway in an accident-damaged car – one dead, two seriously injured! Full closure for hours!

Fatal traffic accident on the A7 near Bispingen: In the late evening, the driver of a car apparently hit a previously injured car at high speed between the Evendorf and Bispingen junctions, due to an unknown cause. Both vehicles were massively damaged in the collision. The driver in the ascending car and a woman from the accident vehicle were seriously injured. For a man from the accident car, all help came too late. Despite the resuscitation immediately initiated by a doctor who happened to come by, he died at the scene of the accident.

The exact backgrounds are currently unclear. The police are now determining the exact course of the accident. The A7 had to be blocked for hours in the direction of Hamburg. The traffic jams have since been derived.