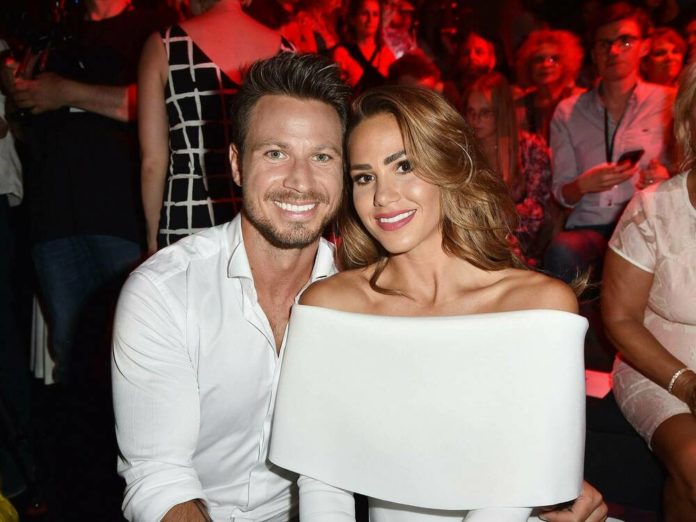 It’s official: Angelina Heger (28, “Your body, your decision”) and Sebastian Pannek (33) are married. The former “Bachelor” participant posted an official wedding photo on Instagram and wrote: “Mr & Mrs Pannek”. The 28-year-old wore a classic white wedding dress with a veil at the wedding. The bridal bouquet consisted of white roses.

Ex- “Bachelor” Pannek, who shared the same snapshot on his Instagram profile, opted for a slightly more unusual look. He was wearing a dark suit with a striking light gray pattern and a white boutonniere to match his bride. The newlywed couple has so far kept the details of the location and date of the wedding to themselves.

Many fans had previously speculated that Heger and Pannek had married quietly and secretly long ago. The native of Berlin recently changed her last name on Instagram to Pannek. Five days ago, Heger also posted a photo that shows her in a cream-colored tulle dress that could also have been used as a wedding dress.

About five weeks ago, the 28-year-old announced the engagement on Instagram. The couple’s first child together will be born very soon. In December 2019, the expectant mother announced her pregnancy – and revealed a little later that she was going to be a boy.