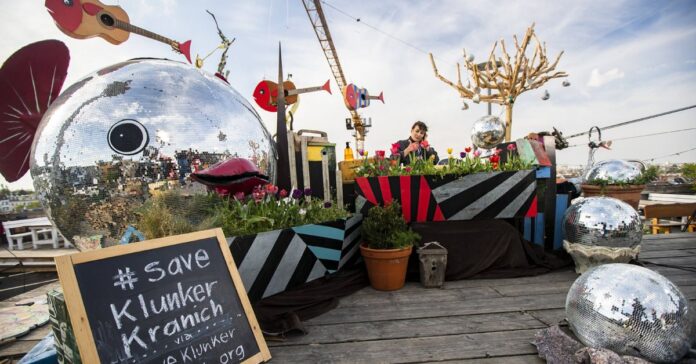 The clubs have been closed for almost two months due to the corona crisis. In Berlin, they advocate opening their open-air spaces. They are based on a concept of the Lithuanian capital.

After the announced relaxation of the corona measures, the Berlin club landscape is banking on opening its open-air spaces.

Following the example of other cities – such as Vilnius – there is also a demand for a general opening of the open spaces for Berlin until midnight, the Berlin Club Commission said. However, the music program should end at 10 p.m.

The exception should be limited until October 15th and enable the threatened clubs to offer the summer for “the culture-hungry guests” at least on certain areas in compliance with all hygiene rules.

With a face mask on the dance floor !?

The association proposes rules such as mouth-to-nose entry and a personalized online ticket system. When entering and leaving, the ticket should be scanned so that the health authorities can follow it up for 30 days. “For booking, artists living in Berlin are preferred in the first place.”

Clubs that did not have suitable areas should receive special use permits for suitable streets or squares from the street and green space offices in a simplified procedure, it said. The Berlin clubs see their existence threatened because of the weeks-long closure in the Corona crisis. Your sales have plummeted. (dpa / KT)