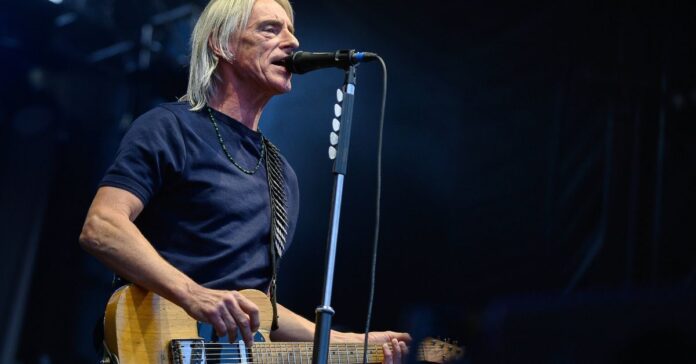 Britpop legend, modfather, style police and one of the most important musical heads on the British island: Paul Weller. But the man who was The Jam and The Style Council only takes his own music seriously today – and always finds it better!

In addition, his music is more important to him today than it used to be. And his creative reserves are far from empty.

The 62-year-old revealed this in an interview with the “GQ” magazine: “You mustn’t rust. The world is full of people who made great records and then subsided, but maybe that’s more important to me now because I wasn’t as good as they were when I started. ”

On Sunset update. It comes after much consideration, that we have made the difficult decision to move the release date of the album back a little further to 3rd July 2023. We can't wait for you to hear On Sunset and get your hands on the album, and as during the current Covid-19 pandemic, it has taken longer than usual to manufacture the vinyl, we have had to move the release date accordingly. We hope you understand and apologise for any disappointment caused! – PWHQ

So he did not start well – and then subsided, but: “For me it probably works the other way round, but there are still some wonderful performers who do great things.”

Specific highlights: “The things that Robert Plant did were really, really good; I saw Macca and The Stones live recently and both were absolutely brilliant. ”

The 62-year-old artist explains that his musical talent has not disappeared over the years, and that he is passionate about working on new material like never before. Weller also revealed that he never lacked inspiration and had no problem recording his brand new LP “On Sunset”. (Bang)