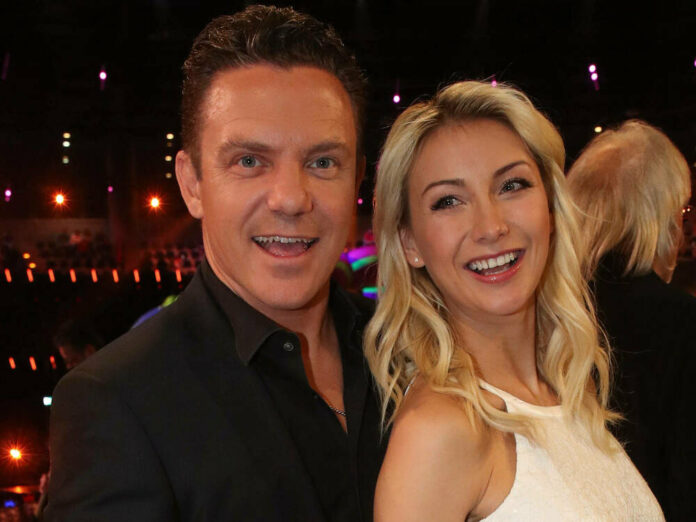 The audience of the ARD show “Schlagerlovestory.2020” needed a little patience until the announced highlight started shortly after 11 p.m .: Anna-Carina Woitschack (27) and Stefan Mross (44) got married live on television. Moderator and best man Florian Silbereisen (38) first greeted the wedding party with the “Zillertal Wedding March”: family and friends of the newlyweds came on stage. Shortly thereafter, Mross in a suit walked across the red carpet. The bride’s appearance was more spectacular.

Anna-Carina Woitschack was driven to the TV studio in a white carriage. The singer wore a low-cut, sleeveless wedding dress with a wide skirt and train. Then everything went very quickly: After a few words from the registrar present, Mross and Woitschack said yes. This was followed by a duet by the couple.

Mross should have wanted to marry his partner at the beginning of March, but because of the corona pandemic, the two of them had to postpone their wedding, as they explained at the end of March. Mross had made an application to Woitschack last year – also in front of cameras – in the “Advent Festival of 100,000 Lights”. “Oh god, yes, yes, I want,” the 27-year-old replied at the time with tears of joy in front of an audience of millions.