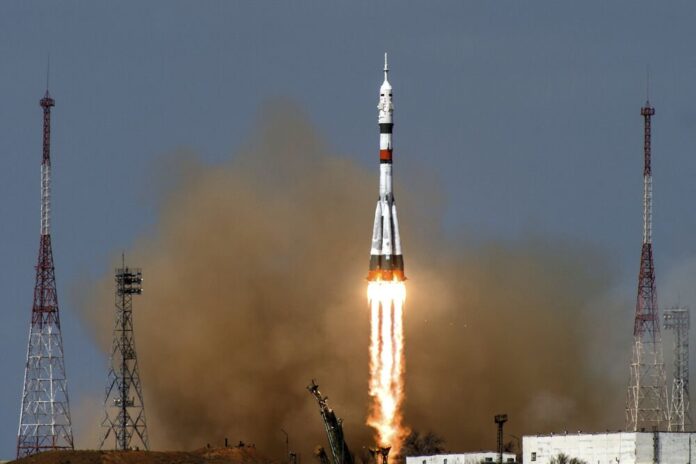 China has tested a new space rocket and a spacecraft on the path to becoming a major space power. The “Long March 5B” rocket was successfully lifted off the Wenchang spaceport on the southern Chinese island of Hainan on Tuesday with the unmanned spacecraft, the official news agency Xinhua reported. Eight minutes later, the spaceship decoupled on schedule and reached the planned orbit.

The test is considered an important milestone for the ambitious Chinese space program. The People’s Republic also wants to become a major power in space travel. Among other things, it wants to put its own space station into operation in 2022 – and also fly to the moon in the long term. Beijing’s goal is to send an astronaut to the moon for the first time in about ten years and to build a space station there.

There is space for six astronauts in the spaceship, which is designed for space travel in near-Earth orbit as well as for remote explorations. “Long March 5B” is 54 meters long and weighs just under 850 tons.

The aim of the test flight is to test the “key technologies” of the spacecraft – such as the return to the atmosphere, its heat resistance and adaptability, said astronomer Yang Qing from the Chinese Academy of Space Technology, according to Xinhua.

“Long March 5B” is a successor to the 7A and 3B models, whose test flights failed in March and April. The new missile and spacecraft gave China an advantage over Japan and Europe in manned space travel, said Chen Lan, an expert on the Chinese space program website GoTaikonauts.com.

China has recently also managed to catch up with the United States in some areas of space research, such as Earth observation. “However, there is still a huge gap between China and the US in space exploration and manned space travel,” Chen said. In the near future, the United States should remain the leader in space, the expert estimates.

The United States has not had its own spaceship since the Space Shuttle was shut down in 2011. Since then, US astronauts have only been flying in all-out missions with Russia to the International Space Station (ISS).

China has tested several spaceships since 1999. Space systems expert Carter Palmer at the Forecast International think tank in the US said the future of Chinese space travel also depends on the ambition of Beijing’s space program. However, missions “beyond the moon” are also possible, said Palmer.