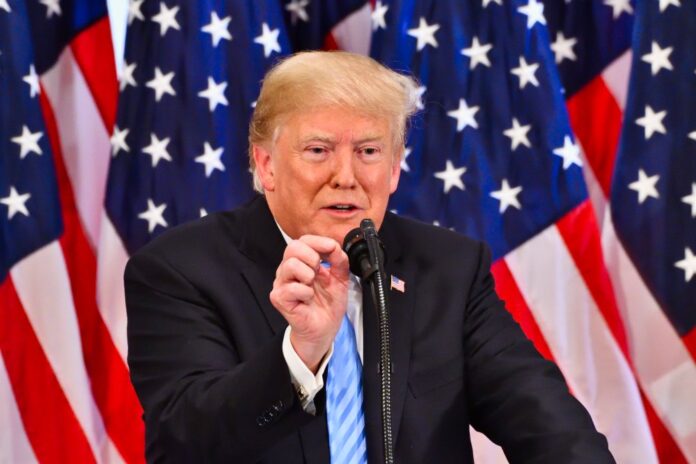 The city of Minneapolis in the United States is currently under special observation. At the moment there are serious protests because a black citizen has been killed in a brutal police operation in the past few days. US President Donald Trump is now fueling the situation with a martial tweet. “I just spoke to Governor Tim Walz and told him that the military was at his side. If there are difficulties, we will take control, but when the looting begins, the shooting begins, ”the US President wrote on Friday night on Friday.

In Minneapolis the situation seems to be getting worse. Because at night there were riots between demonstrators and the police. TV pictures showed, among other things, demonstrators who violently enter a police station and set fire to it. The protests had come about because Black George Floyd had been killed in a police operation with exaggerated severity. “These types of thugs dishonor the memory of George Floyd, and I won’t allow that,” Trump continued to tweet. However, the short message service itself made a comment on the President’s tweet: “This tweet violates the Twitter rules on the glorification of violence. However, Twitter has decided that there may be a public interest in making this tweet accessible. ”This means that Twitter users have to click a second time to see the president’s tweet.

While the riots in the city continue unabated, Trump accuses the city mayor of “total lack of leadership”. “Either the very weak Mayor of the Radical Left, Jacob Frey, gets the curve and puts the city under control, or I send the National Guard in and do the job properly.” Already on Thursday, parts of the National Guard were from the state governor, Tim Walz , has been mobilized. Walz had also declared a state of emergency for Minneapolis and the surrounding areas. Around 500 soldiers are now on their way to the city. Their main task is to protect life and property and also to ensure peaceful demonstrations.