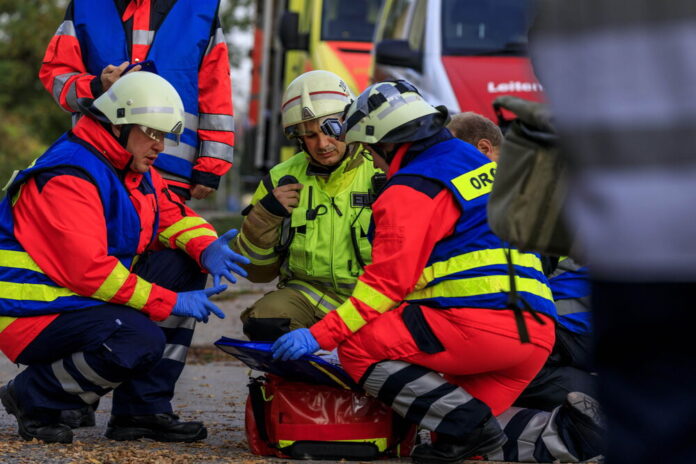 How could that happen? A serious work accident occurred at a construction site in Wanne-Eickel. There, an excavator, which was responsible for the excavations at the construction site, had sunk into an eight-meter deep excavation pit for an unknown cause. The excavator driver was seriously injured in this accident.

The accident happened shortly before closing time. The fire department in Wanne-Eickel received the emergency about the accident at a construction site around 17:41. When they arrived at the scene of the accident, the rescue workers found an accident that had crashed into a deep excavation pit. The emergency services immediately began to recover the driver from the vehicle. At the bottom of the excavation pit, the seriously injured man was initially stabilized for removal. The man was then brought out of the pit with a stretcher and technical aids. In the accident, the worker suffered serious injuries and was taken to a clinic by ambulance. In the meantime it has been announced that there is no danger to life. Now the Office for Occupational Safety and Health should determine how the serious accident on the construction site could have happened.