Home Breaking Division “Edelweiss”: the mountain as the arrow of Hitler’s war in the... 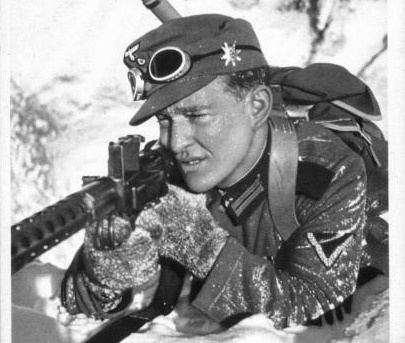 History 14/03/20 Division “Edelweiss”: the mountain as the arrow of Hitler’s war in the Caucasus

the Fighting in the mountains, suggest greater risk than in the plain. They require special skills – high level of endurance, climber training, knowledge and skill to fight with baggage on hand.

Each country has troops depending on the relevant geographical location and landscape. Military operations in mountainous terrain require some preparation and a special group of troops. In the early twentieth century, the most seriously to such groups came Austria-Hungary, Italy and the German Empire. Mountain-infantry military units formed mainly of natives of the mountain regions, from childhood familiar with the specifics of residence, movement and conduct in such areas.
One of the characteristics of mountain infantry units of the special uniforms and equipment, adapted for use in the mountains. Such parts are a type of light infantry – the nature of the terrain does not allow use of trucks not to mention heavy artillery, tanks and self-propelled guns. So, armed with the Fusiliers – light infantry and small arms, and mortars that can be disassembled to be transported on pack animals, replacing the mountains of the truck, or drag and drop on itself. Of course, to the level of General physical training of mountain infantry units always have been high demands – in the absence of pack animals along with weapons had to be even and a full set of climbing equipment.

Along with the functions of light infantry mountain brigade is also widely used demining equipment mining and explosions – which, taking into account characteristic features mountains can cause the enemy much more serious damage than the plain – skilful application Yesthe same low-power explosives in the mountains can cause to rockfalls and avalanches.

the Most famous European mountain arrows, both in history and in popular culture, is “Edelweiss”, the first mountain infantry division of the Wehrmacht. It should be noted that the use of this high-mountain plants as a talisman has its roots in the First world war, the flower became a symbol of the Alpine corps of the German Empire.
the Starting point for the existence of the division can be considered April 1938. Primary location – Bavaria. The Anschluss brought the division of the Austrian Fusiliers, whose training since the previous war was the Austro-Hungarian Empire at a very high level.

During the Polish campaign, after the capture of the pass on the border with Czechoslovakia, was taken to Lviv (Lemberg), transferred to the Soviet Union under the terms of the Molotov-Ribbentrop Pact. In 1940, the soldiers of the “Edelweiss” took part in the capture of France and Holland. In April 1941, the 1st mountain division has made a breakthrough the front lines in the Carpathians in the fighting against the Yugoslav army. In the summer of “Edelweiss” was included in the army group “South” took part in the fighting in Ukraine until the spring of 1942, and by August the division had reached the Caucasus.

“Edelweiss” took part in the battles for the Caucasus since the summer of 1942 to October 1943. The first setbacks of the red Army in battles with the Germans in this region was largely due to the fact that many of the officers and ordinary soldiers “Edelweiss” is well oriented on the terrain due to the fact that was a professional mountain climbers, and in time of peace we have been in the campaigns in the Caucasus. This fact is even reflected in the post-war Soviet culture – so, Vladimir Vysotsky in a song from the famous movie “the Vertical” is a line “But before the war, this one slope German guy took with you! He fell down but was saved, and now, perhaps, he is preparing his machine gun for fight “…” You here again, you are precise, you’re waiting for the coveted signal. And that guy, he’s here too. Among shooters “Edelweiss.” They need to lose the pass!”.

Subsequently, the “Edelweiss” was transferred to the Balkans and fought with the Yugoslav partisans as part of the strategic reserve of the Supreme command of the Wehrmacht. It is this period of the existence and activities of “Edelweiss” is associated with the greatest number of war crimes against innocent civilians. In November 1944, the soldiers of the 1st mountain division fought fierce battles with the advancing units of the red army in Hungary. After the last offensive of the Wehrmacht in the region of lake Balaton “Edelweiss” actually ceased to exist, the division had several small militant groups. They were reorganized into the “1st people’s mountain infantry division” and continued the resistance already in the Austrian Alps until may 1945, when and capitulated along with the rest of the armed forces of the Third Reich.