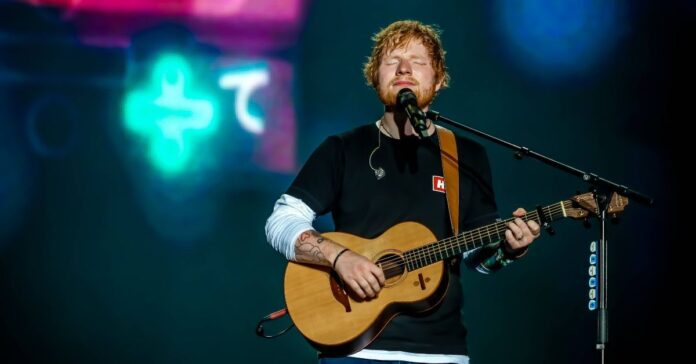 Before superstar Ed Sheeran (29) indulged in his long-awaited break, the musician picked up the strings again – together with the South African singer-songwriter Jeremy Loops.

Already in December Ed had announced that he wanted to take a break from his music career after touring with his third studio album “Divide” for two years.

But before the time came, we went to the studio again – with Jeremy Loops. The 36-year-old South African musician has now talked a little about the apparently very productive collaboration:

“I arrived early in the morning and we worked on a few different songs all day. He is a quick writer. It sparkles with energy and moves quickly, ”says Loops of the newspaper“ The Sun ”.

This is what it looks and sounds like when a band is still learning and finessing how to play a new song together. The odd mistake, the odd mis-sung note, the occasional nervous glances ☺️. Yet despite all that, Mortal Man feels urgent. Like a song for the times. And the way you've all reacted to it feels like it resonates deeply with you too. And when that kind of soul exists in a song despite the rough edges, I’m always inclined to put it out ready or not. Share this with anyone who needs a hand right now, and remember to be easy on yourselves. We’re only human, and this is our circumstance. There are silver linings everywhere. ?: @lindedorenbos

And further: “He can work with everyone he wants to work with, and there is something so absolutely beautiful about the fact that he wanted to work with me.” Jeremy himself would never have dared to call the Megastar just like that and to get one To ask for cooperation.

He already announced the break that the likeable redhead would take on Instagram on Christmas. At that time he declared:

“Hello everyone. I will take another break. The divide era and the tour changed my life in so many ways, but now it’s all over and it’s time to go out and see more of the world. ”

The star has been on the go since 2017 and is now taking a break. The last time Ed took a break from music and social media in 2016, from which he came back with new music and his third album. (Bang)