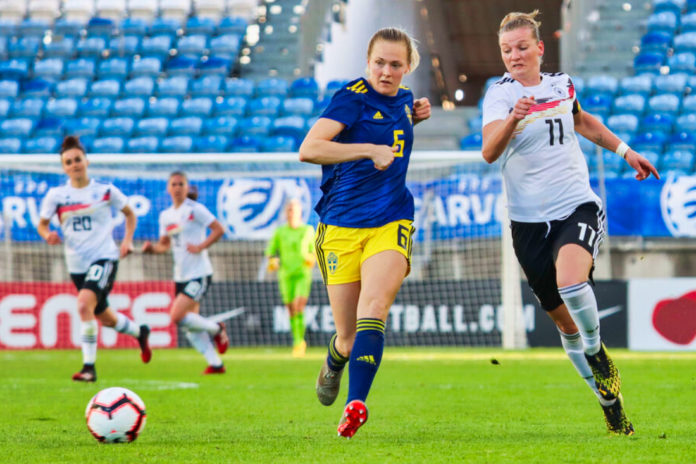 Great suggestion from international and captain of the German women’s national team, Alexandra Popp – why not a joint tournament for men and women next year to reduce the pressure on deadlines?

The rescheduling of the Women’s Football Championship 2022 is still pending in the wake of the corona crisis, but Alexandra Popp (29) would have an idea. “My first thought was: Let the European Championship take place in the same country with the men’s European Championship, to make a big deal out of it,” said the captain of the national soccer team to SID.

The striker from series champion VfL Wolfsburg admits, however, that such a co-tournament is “of course difficult” to implement at the upcoming pan-European final of the men. But in general, she believes that a big event together could benefit women’s football: “You could take a lot of fan scenery with you, a lot of emotions and attention.”

For Popp, such a concept would be “at least worth a try, I think it’s very cool. That would be a wave on which we could swim with women’s football and take huge added value with us. ”

Due to the coronavirus pandemic, UEFA has postponed the men’s European Championship by one year into the summer of 2022 and announced a new date for the European Women’s Championship in England. It is becoming apparent that the tournament will also take place a year later.

The 107-time international can also see positive things for the record European champions in the delay: “In the sense, it can be an advantage that we have a much longer period of time to develop and consolidate. The younger players in particular can gain more experience. ”The DFB team had missed the Olympic qualification through the quarter-finals at the 2019 World Cup.