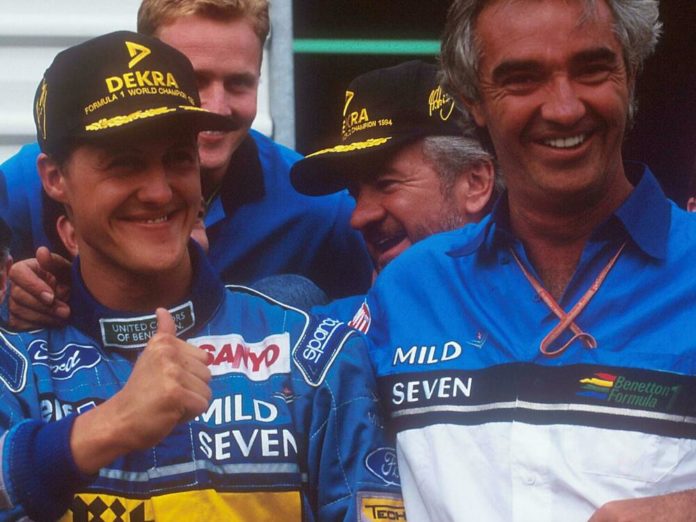 The former Formula 1 team boss of the Benetton racing team Flavio Briatore (70) apparently deals with his photo albums during the corona isolation. Among other things, he came across the first joint world championship title in 1994 with former racing driver superstar Michael Schumacher (51).

The Italian has now posted a photo of himself and the German sports professional on his Instagram account. “Great memories, Adelaide GP, we are F1 champions for the first time! A fantastic day for Michael Schumacher, for me and the Benetton team! “, He wrote.

As a Benetton racing driver, Schumacher won his first Grand Prix in Belgium in 1992 and became Formula 1 World Champion in 1994 and 1995. In 1996 he moved to Ferrari, where he remained active until 2006. From 2000 to 2004, the record world champion won the world championship five times in a row. After a break of several years, he returned to Mercedes in Formula 1 for three years in 2010. His best overall placement in this period was eighth in 2011.

Since his serious skiing accident in December 2013, Michael Schumacher has been withdrawn from the public eye. On his 50th birthday on January 3, 2019, his family shared a detailed statement as a thank you for the many years of support with the fans.