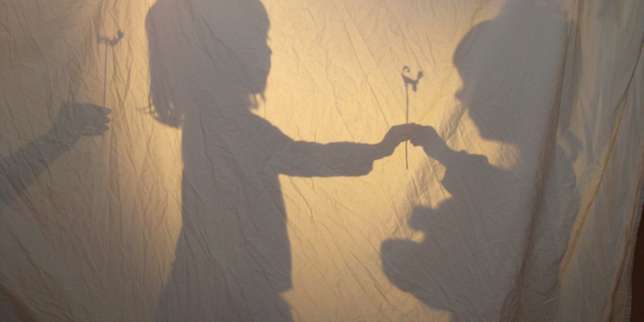 in The evening, Alain Mabanckou and Geneviève Brisac invite themselves in the house of small. Available since September, podcast France Inter, is the last-born in the category of stories in audio for children. Public radio has asked French-speaking authors imagine tales that they would read themselves, accompanied by music and sound. Delphine de Vigan deploys here his narrative talent in a short version, around a typical fish story red death. The jubilant voice of the author grab your attention from the first sentence (” The day I heard dad say “oh shit !” “) and we loose more. Guillaume Meurice, also, the humorist ubiquitous Inter, who had the good idea of leaving a little of his company of methodical destruction of our political life to offer kids a condensed version of democracy applied to the hens. This storyteller-born becomes in turn gallinacée tart and fox embobineur. It would, however, gladly of morality on the law of the strongest. For the time being, only five episodes are available, but the radio promises that others will follow.

My Factory to stories, the child controllers

No smartphone or computer, but a radio in minimalist design, rectangle turquoise with yellow buttons. Inside is a funny concept : the stories that the child constructed itself, allowing you to select a character (Gaston or Suzanne), a place (castle, sea, forest or house), a meeting (babysitter, father Christmas, whale…) and an object. And here it starts. At random, it falls on the history of the family Dufeuil, which manufactures shirts… except the youngest, Suzanne, the only one not to be part of this small business, which feels a little forgotten. It is well-done, short, narrated either by a man or by a woman, and with sound effects….