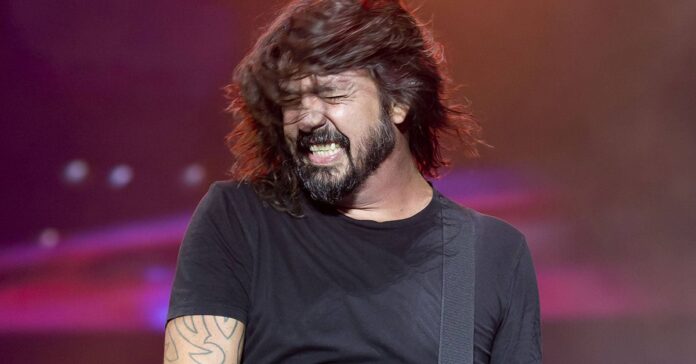 The Foo Fighters will probably not be able to release any new music anytime soon. The rock band has not released an album since “Concrete and Gold” in 2017. And it looks like a new Foos record will be around in the future.

In conversation with the “Q” magazine, front man Dave Grohl blames the corona pandemic for the disappointing news.

“I was so damn excited”

“We put it off for a while, so to speak, to find out exactly when it will happen,” explains the singer. But that’s not the only unpleasant surprise that the “Everlong” rockers had to accept. They actually wanted to go on a big tour in view of their 25th band anniversary.

“I was so damn excited to be out and about playing these new songs. But all of that had to be put on hold because of what’s going on, ”says the musician.

Until then, Dave prefers to spend time with his wife Jordan Blum and their three daughters. However, Dave has little desire to teach his children at home.

“I dropped out of school myself, so I’m not a big fan of the whole process,” he reveals. How good that he seems to be relieved of this responsibility. “My eleven-year-old daughter Harper teaches my five-and-a-half-year-old daughter Ophelia how to write and teaches her about earthquakes and volcanoes. My eleven year old turns into a teacher. It’s incredible, ”he enthuses. (Bang)