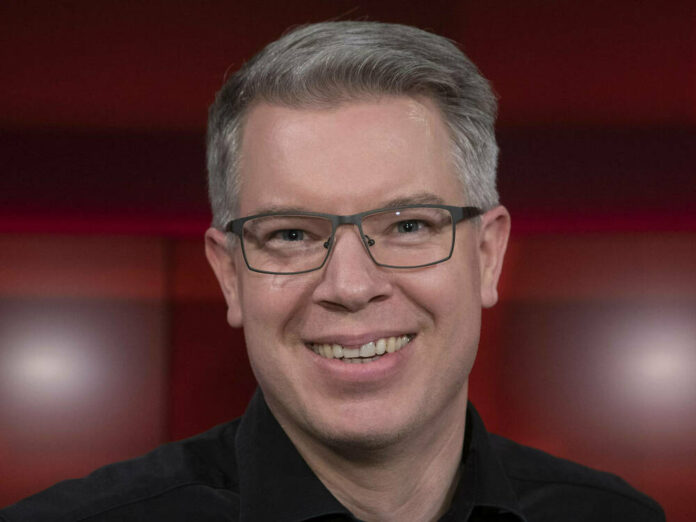 Interview with the entrepreneur

“Flight taxis, meat from the laboratory, autonomous driving and kitchen robots are much closer than many believe,” says entrepreneur Frank Thelen (44). In an interview with spot on news, the 44-year-old, who became famous for the TV show “The Lion’s Den”, explains how our everyday life will change in the next few years.

Frank Thelen: 10xDNA means the attitude that makes great innovations possible in the first place. This mindset was created in 1969 for the moon landing project. What was technically impossible at the time was made possible by an outstanding team of engineers and scientists. In my opinion, this is the origin of 10xDNA. This is also the reason why Silicon Valley is home to the world’s highest rated companies. They show a clear line to those involved in the Moonshot project. It is very important to me to wake up this 10xDNA in Germany. Because I am convinced that we can become a pioneer of innovation again if we only dare to think big.

Thelen: Our life will change profoundly in the next ten years. Flight taxis, meat from the laboratory, autonomous driving and kitchen robots are much closer than many believe. The technologies on which these innovations are based have already been fully developed in the laboratories and some are already in use. The first robotic kitchens, autonomous trucks and steak grown in the laboratory already exist. When exactly these innovations enter the market nationwide depends on many factors. But the fact is, a lot will change in the next ten years.

Thelen: I think in mobility we will feel the changes first. The electric car will gradually replace the combustion engine, the first flight taxi services will soon be offering their services and sooner or later the computer will replace the man behind the wheel.

Thelen: I just mentioned it, there are currently many teams working on growing meat in the laboratory. In the future, we won’t have to slaughter a whole cow to get our steak. In addition, vertical farming will soon enable food to be grown in a confined space and thus close to the city, which is significantly more sustainable and should result in stable and lower prices in the long term. Here too, product innovations can still be expected. A start-up from our portfolio took advantage of retronasal smelling and developed a bottle in which you drink pure water and still perceive taste via smell. This has never happened before.

Thelen: There are also numerous visionary entrepreneurs in Germany and Europe who want to change the world with their technological innovations and who also have the potential to do so. What we often lack in this country is the mindset just described, which can be found, for example, in the USA.

Thelen: The technical understanding, the necessary foresight, thinking ahead and the courage to act consistently. Jeff Bezos and Elon Musk have the 10xDNA. You plan in decades, not in quarters and aim for 10x leaps and not 10% optimization.

Thelen: Absolutely. Germany has been torn from its prosperity sleep by the crisis and is now ready to move again. Even if the next few months present many great challenges, I see an overall great opportunity for the German economy. If we now invest boldly and consistently in innovation, we could emerge stronger from the crisis.

Thelen: Our portfolio has largely been spared the crisis. Our food start-ups have even partially doubled their sales, and our tech start-ups are also continuing as normal as possible. Only upcoming financing rounds were a bit more cumbersome than usual. People are less willing to invest in times of crisis. Overall, we cannot complain.

Thelen: Personally, I’m not a big friend from my home office because I like coming to the office, but I think that every company should have the opportunity and the digital basis to work from home or on the go. What should definitely prevail is the readiness for video calls. At Freigeist, we held a large part of our meetings using zoom before Corona to avoid unnecessary business trips. If this were to prevail in other companies, it would not only be an important step for our environment, it would also save us all a lot of time at airports.

Thelen: If it is up to me, yes. But I think it will be a while before society is ready.

Thelen: In the current situation that is obvious: it is unsafe, unsanitary and unnecessary. Wherever possible, I only try to make contactless payments with my Apple Watch and hope that this function will soon be offered everywhere – even to Corona.

Thelen: I hope that the digital learning concepts that emerge out of necessity in schools will prevail and serve as a positive example of how digital learning can be integrated into everyday school life. I have been supporting the edusense project of a Cologne teacher for a long time. She successfully digitized her school class before Corona and is really pushing the topic forward. Right now, of course, the willingness for digital learning concepts is great and we should definitely use this momentum.