Home World Full closure on the highway after a heavy truck accident! 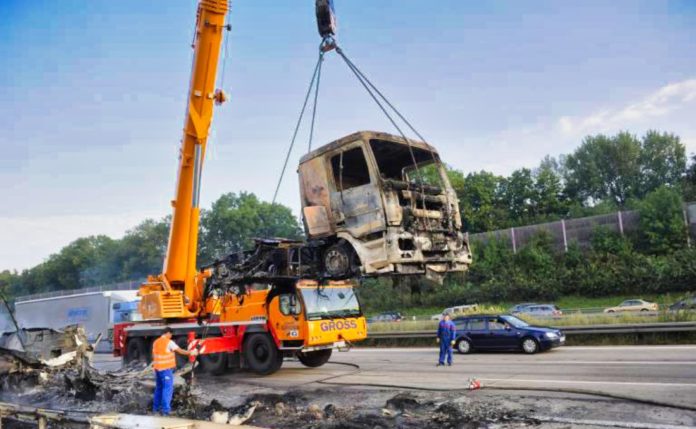 40-ton truck loaded with cattle halves tilts onto the highway in green areas – hours of full closure for complex salvage!

The Autobahn 29 between Oldenburg and the A1 near Ahlhorn was blocked for hours at night after a 40-ton truck overturned in the evening. For unknown reasons, the refrigerated truck had strayed to the right of the road on the section between Großenkneten and Sandkrug and plunged to the side in the green strips. The driver got off lightly injured: The recovery was difficult because the refrigerated truck was loaded with 20 tons of meat, including fresh halves of beef. With a heavy-duty crane and heavy salvage equipment, a salvage team managed to erect the 40-ton truck after hours of preparation.

A veterinarian oversaw the work. The A29 had to be fully blocked for the duration of the salvage towards Osnabrück. Why the truck got off the road is still completely unclear.