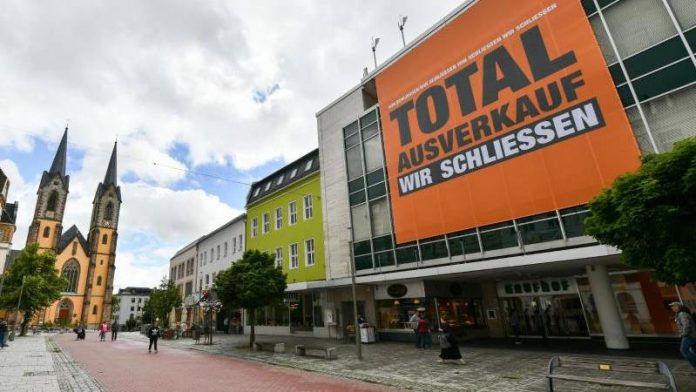 In many German inner cities alarm is the mood of The customer to make himself scarce. According to a study by the market research company Shoppertrak, the attendance was in the inner cities in the past year, in ten out of twelve months were below the previous year’s level.

fact is: The shopping streets in the German inner cities provide the majority of consumers currently only lukewarm enthusiasm. In a survey of more than 59.000 downtown visitors in 116 cities by the Cologne Institute for trade research (IFH) gave the consumer the city centers, on average, only the grade of “Three plus”. Best of all are the cities with more than 500,000 inhabitants cut off. They received at least a “Two minus”, as the center announced on Wednesday.

IFH-managing Director Boris Hedde sees this as an alarm signal. Since the first such survey conducted by the IFH in the year 2014 have changed in the assessment of the cities. “The inner cities are not making any progress. A “Three plus” is not enough to be in times of structural change, competitive,” he warned in an interview with the German press Agency.

trade expert urged the local authorities to do more for the appreciation of their inner cities. Because the trade was in a tough competition. “Many sites have no clear profile, will not survive.”

in fact, the inner cities have to contend with a whole bunch of problems. Since the Boom of online trading, which grew last year alone, according to a recent study by the industry Association bevh by more than 11 percent. After all, around one in five respondents downtown visitors indicated according to the IFH, that he is now rare to the city centre, because he purchases increasingly online. In the case of the under 25-Year olds, 29 percent.

But there are other challenges. “While the retail sector grew in the past years, a total of, contracted by, of all things, the categories for the inner cities is particularly relevant, such as the textile trade. The trading volumes in the billions are lost,” says Hedde. Instead of fashion, many consumers spend their money now rather for eating and Drinking, Streaming, subscriptions or concert visits.

The fight for the remaining customers will be all the more led to a fierce. “The biggest opponent for the retailers in the inner cities is not currently of Online trading, but the shopping street in the neighboring city,” emphasizes Hedde. Anyone who wants to survive, should not ignore the wishes of the customers.

it is Important for consumers to IFH survey, especially in the atmosphere of the inner cities and the diversity of the retail offer. “Who can with a historical old town or in the centuries … the skyline points, it is always easier,” says the IFH managing Director Hedde.

But also inner cities, which could not Shine with history, would have opportunities to increase their attractiveness significantly. “The ambience of a city and the retail offer in the pedestrian area, you can’t change from now on. But the themes of experience and customer-friendliness for the consumer is almost as important – and here the cities can do very quickly,” he sums up the findings of the study.

His recommendation: cities without a number of attractive historical buildings could have the consumer success, “if you offer Events and gastronomic experiences and shopping for the customer as comfortable as possible”. Smaller cities could pay according to the Hedde with Events, the number of visitors increased significantly.

The IFH, awarded at the same time the most attractive cities in different size classes. The winner of the big cities with more than 500,000 inhabitants, ranking, Leipzig was in the Consumer. Top riders in their respective size classes were also Erfurt, Trier, Stralsund and Wismar.