Home World Ines Quermann and Mimi Fiedler: What do their children say about the... 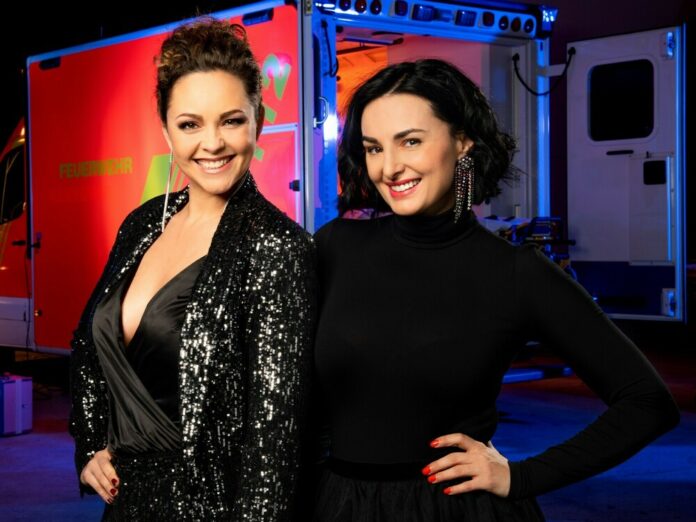 Both naked in the magazine

Ines Quermann (41) has just undressed for the German “Playboy”. Her fellow actor from the RTL series “Nachtschwestern”, Mimi Fiedler (44), had previously appeared on the cover twice. Now both reveal what their children and their families have said about the fact that they exposed themselves for the men’s magazine.

And what did the kids mean? “Nothing. I didn’t really ask them at all, ” explains Quermann of“ Bild am Sonntag ” . She believes that her children will be happy for her when she is happy. “And frankly, I don’t want to talk to my 18-year-old son about how he finds my boobs.”

Fiedler hadn’t spoken to her daughter Ava the first time either, because she was still too small. In the same way, the actress informed her parents very late. “My parents are Croatians who by nature have little desire to see their daughter naked at the gas station. My mother thought it was really shitty – and that’s positive. My father acted as if the ‘Playboy’ didn’t even exist. ”

The fans in particular may have been very impressed by the photos of Fiedler and Quermann. Over the years, the two actresses have not only had good experiences in their profession. Quermann, for example, has often been said that she doesn’t look “German enough”, “but unfortunately not Turkish enough either. Funnily enough, I have zero percent Turkish blood in me. It was therefore not enough for the quota foreigner. So I played the chubby peasant tramp for a long time. ”

When filming a series, Fiedler’s boss at the time had a costume inspection “in front of us women – we were all lined up like a cow show – our bodies commented: ‘The breasts are too small, they have to be stuffed. Her legs are too fat, her ass too big. ”“ They weren’t even mentioned by their names. “I was the one with the big legs. Even though I was skinny then. I told him later how unbelievable shit I think he is. Thank goodness he wasn’t the broadcaster’s boss for long. ”

RTL is currently showing the new episodes of the in-house medical series “Nightsisters” every Tuesday at 8:15 p.m. ( also on “TVNow” ). In addition to Fiedler and Quermann, the second season also includes Sila Sahin-Radlinger (34), Linda Marlen Runge (34) and Jana Schölermann (32).