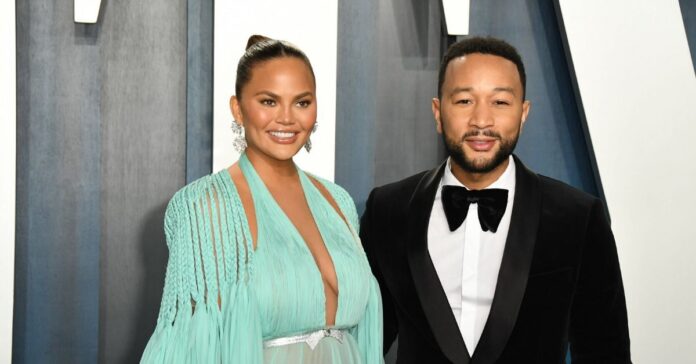 The 41-year-old has four-year-old daughter Luna and two-year-old son Miles with his wife Chrissy Teigen and is a thoroughly loving family man.

This life situation has apparently inspired him to a few songs, because as he reveals, his upcoming album “Bigger Love” should contain a few songs that are so romantic that you want to have babies.

Since I've been releasing music during quarantine I've been thinking about all the love songs I've written. So here's a little at-home concert of some of my favorites from my #GetLifted days all the way to today. Check it out, link in bio.

At a launch of his new album, John Legend told Daily Star Online: “This is the baby-mach section of the album. You are in the lockdown, you have time. ”

When asked which songs he liked to tune in when he snuggled up on the sofa with his loved one Chrissy, for example, the star replied:

“Marvin Gaye always works when you need music for the moment, but hopefully you’ll all listen to a few songs from ‘Bigger Love’.”

Before any fan gets to hear John’s music, by the way, he always asks his wife Chrissy Teigen for their opinion – but only when the songs are almost done.

He further revealed: “Chrissy doesn’t like to get involved at the beginning. She likes to hear the music when it’s almost done. She gets demo-itis when she has to listen to every demo and every change. ”(Bang)