Home World “K11” commissioner Michael Naseband: That's why he believes in the comeback 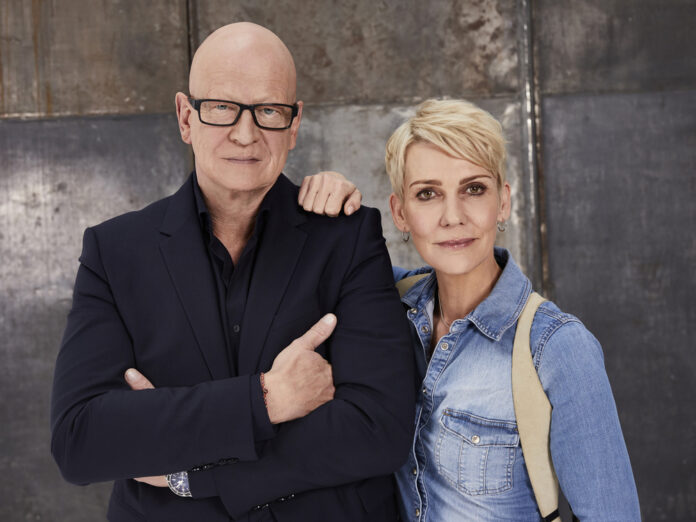 Michael Naseband (54) returns as TV commissioner: With “K11 – The New Cases” (Monday, May 11, at 6:00 p.m. on Sat.1) the scripted reality format “K 11 – Commissioners in Action” celebrates a comeback after seven years. In an interview with the news agency spot on news, Naseband reveals what the new episodes have in store, how his return to the set went and why he believes in the success of the series. In addition, Naseband, who had worked as a police officer for years and now runs a bar, tells how he is currently experiencing the corona crisis in the catering industry.

Michael Naseband: No, of course not! Most remains the same, but we have a little more time and a little more budget. It all looks better and it’s really fun to watch. We are really looking forward to the first broadcast of our new episodes.

Naseband: We both live in Düsseldorf and have always kept in touch. For us it is like an old couple: we know each other well and still harmonize very well with each other.

Nose band: For me it was like someone flipped the switch to “ON” again. It was fun again from the start.

Nose band: Not only Philipp is new, but also Daniela. The two fit perfectly into the team. Philipp is a typical Berliner: he is in a good mood and always has something to tell. Daniela is the slightly tough one who makes the team complete.

Nose band: No, after ten years I was almost happy. With over 1800 episodes, a certain routine creeps in, which is often not beneficial. Now, after almost seven years apart, you are “hot” again and then you will be fine.

Nose band: I assume. At the time we had 6 million viewers at the top and almost 20 percent in the target group. Our old episodes are still going up and down with respectable odds. It’s incredible. Our fans and spectators have grown older with us and are looking forward to our comeback.

Naseband: Five years ago I had just opened the “Naseband’s” in Düsseldorf and put all my energy into this new project. There would have been no room for “K11”. A lot has happened today and it is nice to have such a change again.

Nose band: No, I have always enjoyed working for the police for almost 21 years. There was never a day when I didn’t like going to work. But if you have been out of there for over ten years, it is difficult to fit back into the somewhat rigid “civil service apparatus”. After two or three years I would have applied again, but not after ten.

Naseband: I’ve been running “Naseband’s” in Düsseldorf’s old town for almost six years now. It is a mixture of pub, bar and club. National and international DJs play on weekends and on special occasions. I am in love with my shop and I could still rave about them a lot. The corona virus hits the catering trade very hard. Especially if you have your business in a location like Düsseldorf’s old town. The costs are particularly high there and it just has to get full, otherwise the entire calculation will no longer fit. We have been closed for seven weeks now. It’s easy math to figure out how long you can keep this up.

Nose band: Of course that’s a shame. We are in the mood to shoot many new episodes and are now being slowed down by Corona. But security is also a priority for us – or especially for us.

Nose band: It’s not like I’m bored. There’s always something to do. However, I just enjoy that I can take it easy and take more time. Aside from the economic disaster, I’m trying to make the best of the situation. We have embellished our balcony and are at home a lot. But I also run, ride a bike and try to keep fit. Nevertheless, I am happy when we get through the whole thing well and have our old life back.