Home Breaking Lev Fedotov: the fate of the student who predicted the Great Patriotic 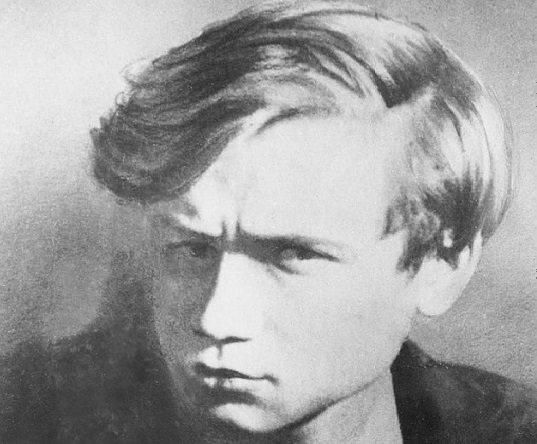 History 25/03/20 Lev Fedotov: the fate of the student who predicted the Great Patriotic

One of the heroes of the novel by Yuri Trifonov’s “House on the embankment” is a schoolboy named Anton Ovchinnikov. He, like some of the other characters, there was a very real prototype. His name was Lev Fedotov. After his death he will be called a prophet and a psychic, supposedly managed to predict accurately in his diary the events of the great Patriotic war.

Lev Fedotov was born on 10 January 1923 in the family of the responsible party worker Kalistratovich Fyodor Fedotov. Mother Agrippina Nikolaevna worked in the wardrobe of one of the Moscow theaters.

In 1932, the family Fedotov moved to Moscow’s famous house on the embankment. And three years later Fyodor Kalistratovich tragically died in Altai.

since his death life has become difficult. To help mom financially, including tuition fees in high school (in those years it was paid), Loew collected waste paper and scrap metal, trying to earn in all possible ways.

Teen grew painful. He read a lot. His housemate, the future writer Yury Trifonov, later recalled: “In my childhood, I was struck by one boy. He was so not similar at all. He was fond especially of Mineralogy, paleontology, Oceanography, was an excellent painter, his watercolors was on display, he was in love with symphonic music, wrote novels in General thick notebooks in calico bindings. In addition, it was tempered physically: in the winter went without a coat, short pants, mastered the techniques of JIU-jitsu and, despite the inherent disadvantages — short-sightedness, some deafness and flat feet, was preparing myself to travel to distant places and geographical discoveries.”

Lev fond of fiction. Among other of his works – the story about the “green cave”, where the glubeye under the earth survived the world of dinosaurs.

Since 1940 Fedotov began to keep detailed diaries in which they not only described the events of his own life, but also very detail about what should happen in the world.

With the beginning of the war, despite his poor health, including myopia and epilepsy, the young man insistently requested a volunteer to the front. Finally he was sent to the training part near Tula. 25 of June 1943 the truck with conscripts came under bombing in Kursk.

Many years later, shortly before the death of Agrippina Nikolaevna Fedotova gave fifteen notebooks, scribbled in small handwriting of the son, the friend of his childhood, Michael Korshunova, who became a writer, and Trifonov. So the diaries of Moscow schoolchildren early 40’s became public. Their appearance caused the greatest sensation, because Loew, it turns out, in advance foresaw the events about which we know could not.

So, June 5, 1941, he brought in his diary: “I think the war will begin or in the second half of this month or in early July, but not later, for it is clear that the Germans will seek to end the war before the frost. I am personally convinced that this will be the last step brazen German despots”.

Later read the diary historians were amazed that an ordinary Soviet schoolboy not only outlined in its records the details of top-secret Hitler’s plan “Barbarossa”, but displayed all the details of his failure. He also predicted the whole course of the war, foresaw what countries will be included in the anti-Hitler coalition, predicted the storming of Berlin.

June 21, 1941, Lyova Fedotov’s diary the following entry: “Now, with the beginning of the end of this month, I’m waiting for the troubles for our country – war. According to my calculations, only if I really were right in their arguments, that is, if Germany is preparing to attack us, then the war should break out in those numbers this month or first numberslah July.”

meanwhile, when the morning of June 22 Leva from his aunt he learned by phone about the beginning of the war, he reacted in surprise: “War? And why is it that?”. It’s not as if he led a prophetic diary entry.

Where did an ordinary high school student information on the “international situation”? Information leaking to the press, were very poor and were subjected to rigorous censorship. Most of the Newspapers were published optimistic articles about the Soviet-German non-aggression Pact. Access to the secret archives Fedotov was not. Meanwhile, on the day the teenager was scribbled in small handwriting on a hundred pages.

Maybe were in some kind of altered state of consciousness? In other words, Leva Fedotov was a medium receiving information from an unknown source. However, this is only a hypothesis, which has no direct evidence.